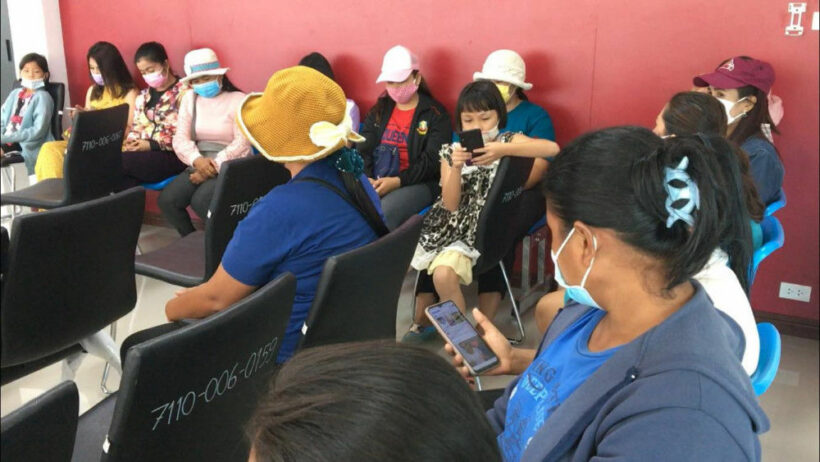 Dozens of women from southern villages in Surat Thani found photos of themselves shared online with messages soliciting prostitution. 1 woman says her Facebook account was hacked and messages offering sexual services were sent from her personal account.

Chai Buri district police say 60 women reported their photos being used online with what looked like personal messages from them offering sexual services. Some photos were posted in sex-oriented chat groups. The women filed complaints over the weekend.

Local teenagers found the photos and showed them to a woman in the village, 43 year old Rabiab Muadsee. Rabib saw the photos of the women posted in the chat group and says she recognised about 30 women from her village. Women of all ages from 18 to 40 years old.

She got messages from people asking for sex acts, to make an appointment for sex and asking her to share explicit photos of herself.

The random messages had her worried. Rabiab often collects rubber from trees during the night, but says she was too afraid to go out when it was dark because she didn’t feel safe.

Another woman says her Facebook account was hacked and messages were sent from her account offering sexual acts in exchange for money. She says her photo with offers for sex were also sent in Twitter messages.

Police say they’ve already identified a suspect, but need to investigate more to gather enough evidence to press charges. Police and other volunteers are on patrol in the Chai Buri district villages to make sure the women are safe.