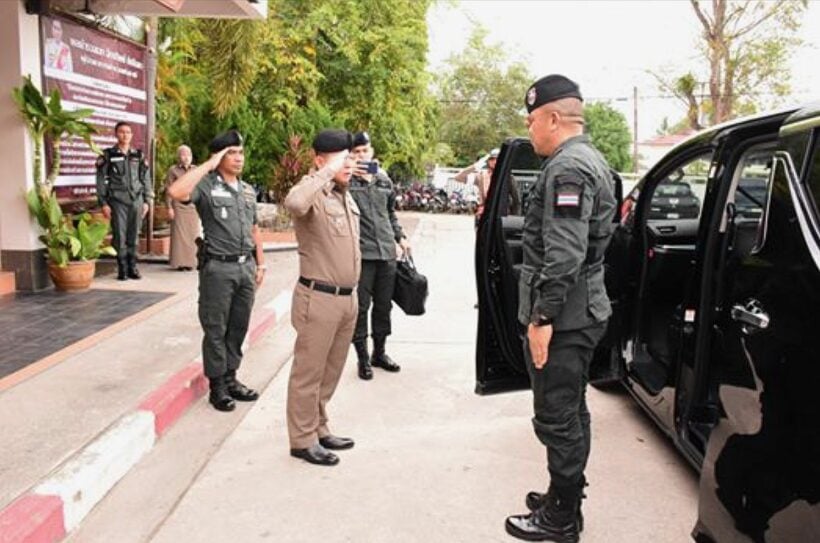 A 14 year old boy is accused of shooting a forestry official in the southern Thai province of Yala, according to police who arrested three suspects on Saturday, including the alleged mastermind.

Authorities say the killing was planned by 34 year old Arseesa Kamae, an accountant who worked for the victim. She allegedly hired 33 year old Treenaphat Suwanpathipat and the 14 year old gunman, whose name is being withheld. All three are now in custody on charges of conspiracy to murder, illegal possession of a weapon and carrying a weapon in public.

Kowit Wangthaveesap, a senior Yala forestry official, was gunned down in broad daylight in a drive-by shooting on December 5. Police say the attack was personal and had nothing to do with the militant insurgency in the province. Arseesa was reportedly angry at not receiving a promotion at work.

Thailand’s southern provinces have long been home to a separatist insurgency. Fifteen people were killed in Yala in November when suspected rebels attacked a security checkpoint in the province.

Security video from the scene showed that two motorcycles were involved in the attack, according to police. One belonged Arseesa and was ridden by a woman. The other was driven by a man with a male pillion rider who fired the shots that killed the victim.

When police called Arseesa in for questioning, she admitted she was the rider seen in the video.

Officers later tracked down Treenaphat, who confessed he rode the second bike and implicated the 14 year old boy as the person who pulled the trigger, according to police.

Treenaphat took police to two houses in Raman district where the disassembled motorbikes were stored, along with clothes, helmets and other evidence. The murder weapon, a 9mm Beretta semi-automatic pistol, had belonged to Ms Arseesa’s late brother-in-law.