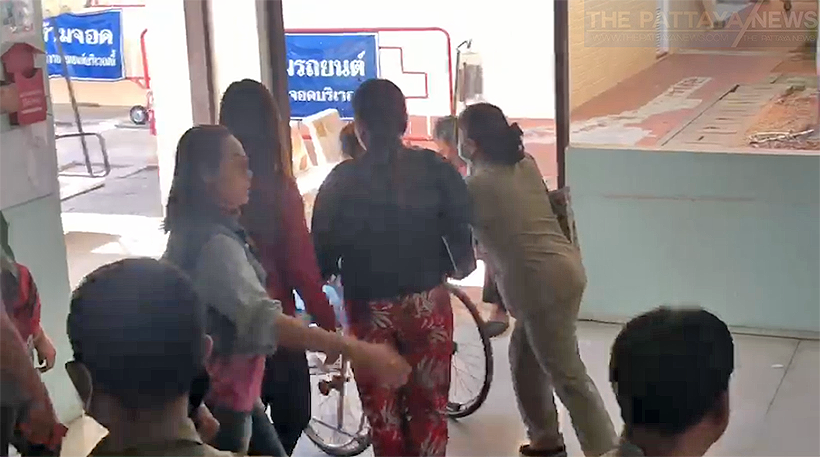 Police in Chonburi province are hunting a suspect over the stabbing his ex-girlfriend whilst she was at work. Authorities in the Bowin district of Sri Racha, just north of Pattaya, were notified of the incident at about noon on Friday.

The incident happened at at a factory in Hemmarat. 21 year old Sasiwimon Mutaphon survived the attack but was seriously injured and is currently recovering in hospital.

The suspect, Sasiwimon’s 25 year old ex-boyfriend Saranyu Saetan, fled the scene. The incident occurred while Sasiwimon was working, and in front of her co-workers and other witnesses.

Police believe jealousy was the motive as Sasiwimon was allegedly dating other men. Police are continuing their search and speaking to witnesses of the incident.