A video posted by Jeep Jenjira Pansena has prompted the Chiang Mai police to arrest a Burmese man caught doing stunts on the city’s roads.

21 year old “Mai”, who lives in San Sai and works as a masseur, was standing up on his Honda Click, amongst other ‘moves’ while hurtling around the Chiang Mai streets.

Police tracked him down and arrested him yesterday. They got him to do a ‘re-enactment’ at the police station, or perhaps he was auditioning for a part in the Chiang Mai live performance of ‘Titanic’. 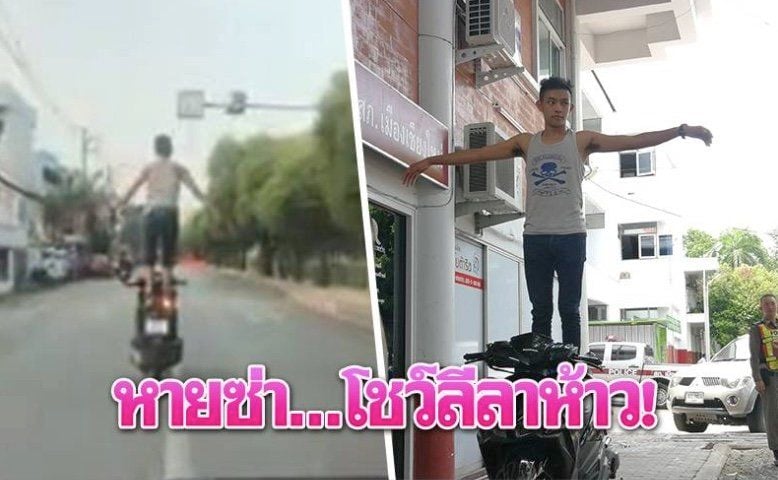 He received five charges for his efforts – Negligent and dangerous driving, driving without due care and attention for other road users, not having the proper equipment on his motorcycle, unregistered bike and not wearing a helmet.