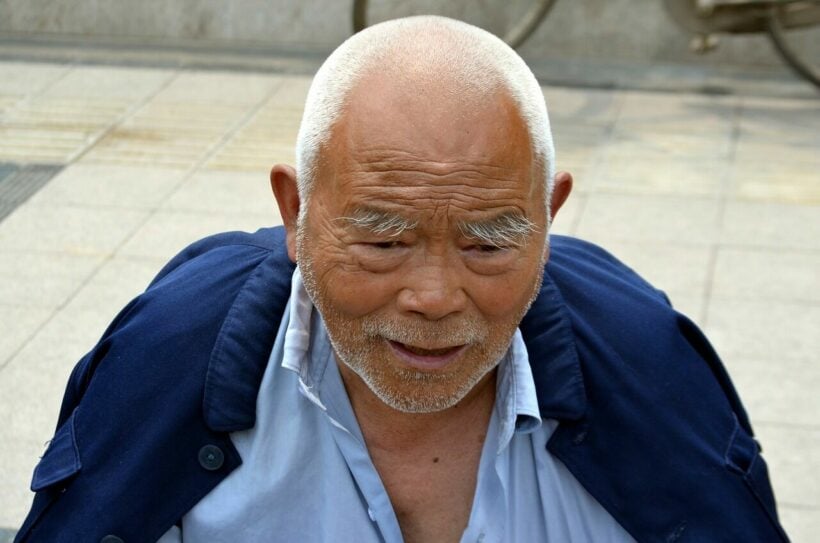 PHOTO: Would you believe this guy is 37?

While around half of Caucasian men will experience hair loss by middle age, Asian men had largely escaped balding, until now. In Korea only 14% of men experience hair loss, in China, 13% of 30-something men will lose hair, and Japanese men start losing their hair 10 years later than Europeans.

But these figures are changing, not due to genetics, but the stress of modern life. Lack of sleep, bad eating habits, and smoking can all hasten a receding hairline. In fact, a recent Chinese survey of 50,000 men found that people in their 30s were balding faster than any other demographic from the stress. And Tsingshua Univerity in Beijing reported 60% of students experienced some hair loss. State media called it an epidemic.

Across Asia, hair transplants are a growing trend. China expects it to be a nearly US $3 billion industry this year, quadruple what it was in 2016. Many Asian cultures view a boyish look with big hair as the male beauty standard, with very few balding or bald celebrities. The International Journal of Dermatology ran a Korean study that showed 90% of non-balding people thought balding men were older and less attractive and the National Human Rights Commission of Korea fought against discrimination against bald men. In contrast, an American study found that when showed photos of men with their hair digitally edited out, people found them taller, stronger, and more dominant.

A Thai hair transplant expert said he’s tracked Asian hair loss accelerating since 2002. His transplant clinic is booming, as are sales of sprays, serums, and shampoos advertised as preventing hair loss. Rogaine sales are projected to be up 5% in Asia from 2018 to 2024, and Alibaba reports 70% of hair loss prevention orders are from customers under 40. Traditional Chinese medicine has offered unconfirmed remedies as well, some with dangerous side effects like hepatitis.

Shoji Okuda is thought to have performed the first hair transplant in 1937, though the outbreak of World War 2 hampered the development and New York’s Norman Orentreich later became known as the father of modern hair transplants. But now Asian and Japanese science is taking the forefront against balding again, using stem cells to grow hair transplanted to mice, although the human application is far away still.

In Korea, a process called micropigmentation tattoos thousands of dots on a scalp to give a shaved head look. The illusion is effective and popular, but one problem exists. Shaved heads in Korea have traditionally been stereotyped as thuggish, the hairstyle of gangsters though it’s hoped modern street fashion will help alleviate that outlook.

Still, in a culture that embraces the long-hair male model, Korean drama boys, and pop star idols, there are only a few high-profile bald or balding Asian men. As the Asian population sees an increase in male pattern baldness, a rise in bald celebrities might finally break the stigma in Asian culture.

Burmese military in a shootout near Thai border