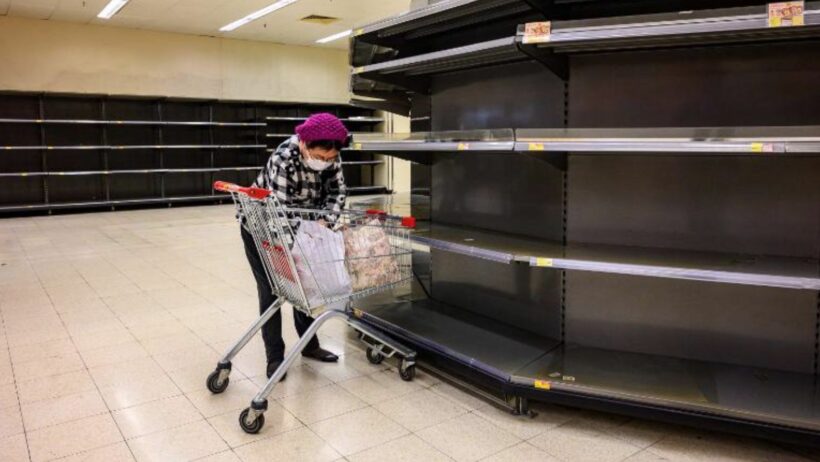 And now from the files of the ‘Laws of Unintended Consequences’, a coronavirus story with a twist. Police in Hong Kong have arrested two men and are still searching for a third following a toilet paper roll heist. Some 600 paper rolls were stolen in a panic-theft linked to shortages over the coronavirus.

Yesterday morning a delivery was being made to a supermarket in the Mong Kok district. The delivery man had placed about 50 packs of toilet rolls – a total of 600 rolls – outside the supermarket when three men appeared out of nowhere and stole them.

The robbery follows continued fears of food and supply shortages in Hong Kong as the novel coronavirus outbreak continues. One person has died of the virus in Hong Kong, one of only five deaths that have taken place outside mainland China.

When the Hong Kong government announced it would close some borders with mainland China to the north, it sparked rumours that supplies out of China would be cut off. There was suddenly a spate of panic buying over so-called endangered goods – rice, hand sanitiser, cleaning products and toilet paper rolls.

Despite reassurances from the government asking residents not to panic buy, the soothing tones from the authorities simply made the situation worse. Crowds of people headed supermarkets across the city jostled for toilet paper rolls. And suddenly the humble toilet roll became a hot commodity.

“Government measures against the coronavirus outbreak, like travel restrictions and border closures, will not affect the freight services between the mainland and Hong Kong. There is no need for the public to worry.”

Speaking to US news network CNN, two major Hong Kong supermarkets, two shipping companies, and two container operators, all said their supplies of food and other daily products were “fine”. Wellcome, a major supermarket chain, said any rumours of supply shortages are unfounded.

Now there are limits on how many units of a particular item shoppers can buy during their visit. For example, shoppers can only buy two units of rice, toilet rolls, antiseptic wipes, hand soap, and canned meat.

As of now there is still a toilet roll thief on the loose in Hong Kong.