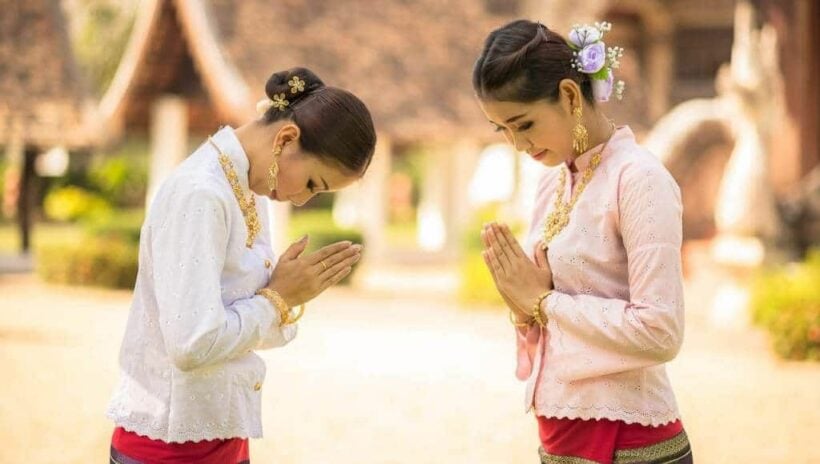 Traditions and customs in Thailand differ significantly from the Western world. Since Thailand is a predominantly Buddhist country, many of the customs and etiquette in Thai culture are based on Buddhist values. All the etiquette and rules may seem very complex for most foreigners. However, Thai people are generally very relaxed and rarely take offence if a foreigner fails to follow their etiquette. Still, that doesn’t mean that you can have it your way and disrespect the culture. As a visitor, you should at least have a basic understanding of Thai etiquette. It won’t only prevent you from accidentally offending someone and embarrassing yourself but also enhance your experience in the country.

Below, we have compiled a list to help you understand more about Thai etiquette and rules.

Basic etiquette and rules you need to know when visiting Thailand

1. The Buddha symbol shouldn’t be underestimated

One of the first etiquette you need to keep in mind is respecting the Buddha. Remember that Thailand is a predominantly Buddhist country, so any statues and sites that have the image of the Buddha should always be treated with respect. Climbing on Buddhas in temples is not only offensive but also a punishable offence. Moreover, it’s illegal to take images of the Buddha out of Thailand without permission. Yes, some shops still sell them and some tourists may think that they’re nice souvenirs, but it’s best to avoid buying them. Additionally, you should avoid getting a tattoo of Buddha. 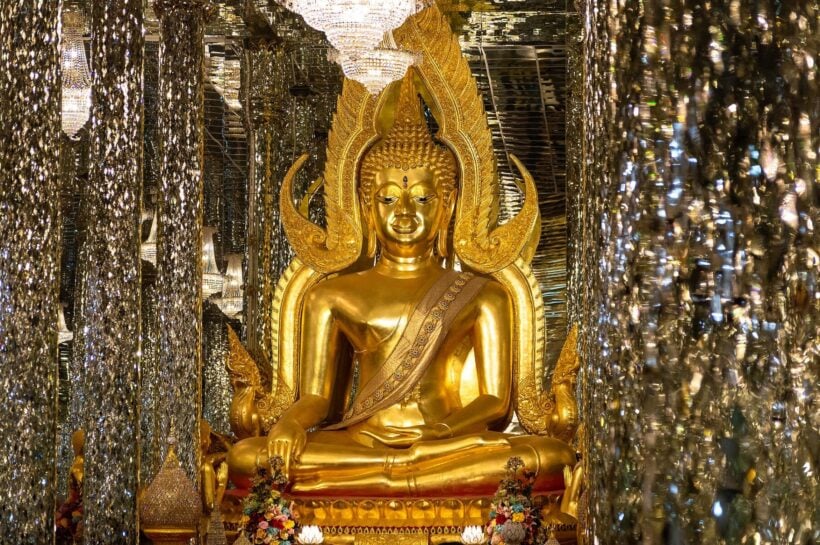 Make sure to wear modest and neat clothing while you’re wandering around Thailand. It might be hot outside, especially during the day, but keep in mind that Thai etiquette and culture encourages a conservative dress code in public. Therefore, bring comfortable, airy clothes that help you stay cool and look modest. For men, avoid sleeveless muscle shirts or singlets. For women, don’t wear tank tops and spaghetti straps unless you’re wearing a shawl or cardigan to cover your shoulders. Both genders should avoid dangerously short shorts as well. The dress code is stricter in temples. In Thai temples, everyone should cover their shoulders and knees. You’re likely to be denied entry if you show too much skin. The easiest way to avoid this situation is by keeping a big scarf in your bag at all times. Don’t risk losing out on seeing the inside of a gorgeous temple just because you don’t have the appropriate clothing.

In Thailand, losing your temper and raising your voice, such as yelling or exhibiting strong emotions, are typically frowned upon. Thais have a philosophy of keeping their cool; jai yen. This doesn’t mean that every Thai person you’ll meet will be the stereotypical warm and friendly person you see in travel guides and brochures. You’ll probably still encounter grumpy shopkeepers and angry taxi drivers. However, most people avoid confrontation and follow the rules of saving face. Keeping your cool goes a long way in the country. Therefore, when things go wrong, take it easy and deal with them calmly.

The King and the Royal Family are greatly admired and respected by the Thai people. Therefore, you should never disrespect the King or any member of the Royal Family. Don’t say anything insulting to the Thai royal family anywhere, in person, in private messages, or on social media. You should also respect the images of the King, which means you should be careful with your Thai baht as his picture appears on the money and coin. The lese majeste law is taken very seriously here, so bad-mouthing the Royal Family can result in lengthy prison time.

During your time in Thailand, you’ll encounter many monks. Make sure you treat them with respect. When you cross paths with monks, make sure to bow to them and avoid asking personal questions about them. You should not pass anything directly to them as well. Instead, put the thing down in front of them. If you’re a woman, be sure not to touch or brush past them because monks can’t have any physical contact with a woman.

6. You should only use your feet for walking.

Feet are considered the least clean and lowest part of the body in Thailand. Therefore, don’t use your feet for anything else other than walking (and running). It’s insulting to point your feet at someone, put your feet on a chair or desk, and raise your feet higher than the head. Also, you shouldn’t show the bottom of your feet to other people, so make sure to sit in a position that doesn’t show the bottom of your feet when you’re sitting on the ground. Pointing your feet at Buddhas is also strictly forbidden, whether you’re inside or outside of temples. 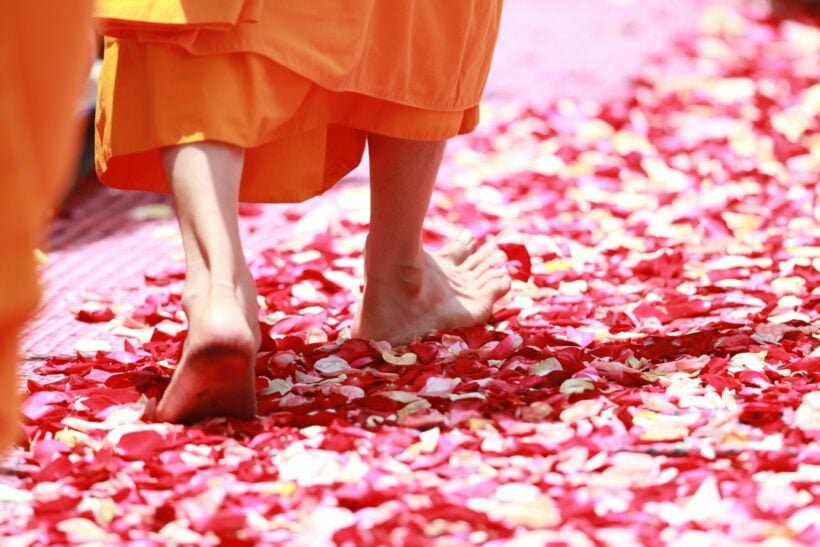 Like in many other Asian countries, public display of affection in Thailand may cause people to feel very uncomfortable. Kissing and hugging in public may be acceptable, but it’s undoubtedly taboo in Thailand. Therefore, always do your best to keep romantic gestures to a minimum. When you’re on a date with your special someone, whether it’s in a restaurant, a theme park, or on the street, try your best to avoid hugging and making out. Only show physical intimacy in private when you two are alone.

8. Use your right hand

The left hand is generally considered not clean in Thailand because it’s sometimes used for “toilet functions.” That’s why, in Thai etiquette, you shouldn’t use your left hand to receive gifts, eat, or shake hands. When you’re passing objects to someone or when you’re paying, always use your right hand. If you want to show more respect, use your left hand to touch your right forearm. It’s also good to use both hands when presenting or receiving things from those who are older than you or someone you’ve just met. 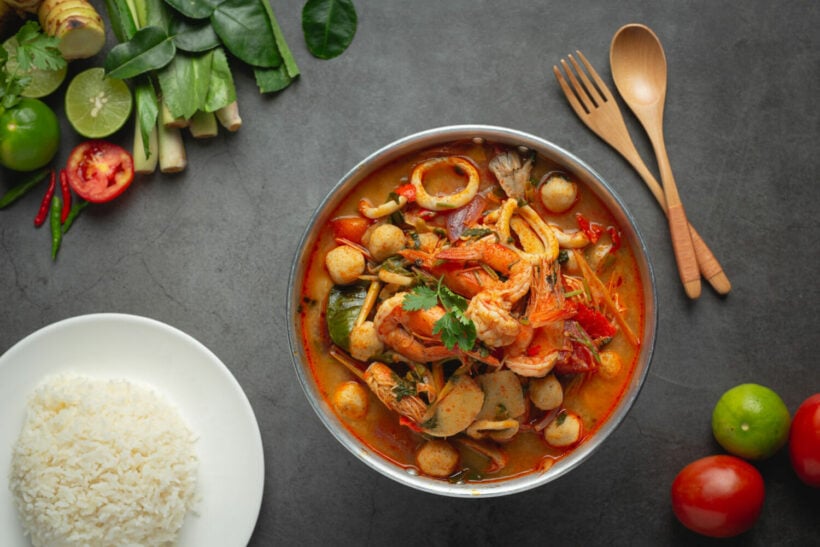 While the feet are the most unclean part of the body, the head is sacred in Thailand. In Thai etiquette, you should never touch other’s heads or hair, including ruffling their hair playfully or putting something on their head like a hat. If you’re teaching or volunteering with children, make sure to avoid ruffling their hair. Thai locals may touch a child’s head every now and then. Still, it’s inappropriate for foreigners to do so unless you’re family with the child. If you forget and touch someone’s head or hair accidentally, most Thais will forgive you for it, but be sure to apologise as soon as you can.

11. Address people by their first name

In most Southeast Asian countries, including Thailand, people address each other by their first names. Most of the time, it’s prefaced by the equivalent of Mr., Mrs., or Miss: Khun, unless they carry a higher degree (such as a doctor). Khun is used for both men and women.

12. Remove your shoes before entering a building

Another Thai etiquette you need to know is how to greet people in Thailand. When greeting people in Thailand, it’s uncommon to touch and shake their hands. Instead, you should do a typical Thai greeting, called the Wai. The Wai involves pressing your palms together and bowing your head slightly. It’s considered impolite to not return a Wai. The only people who aren’t expected to return a Wai are those with high social status, such as the King and the monks. In addition, the person with the lower status usually offers the Wai. 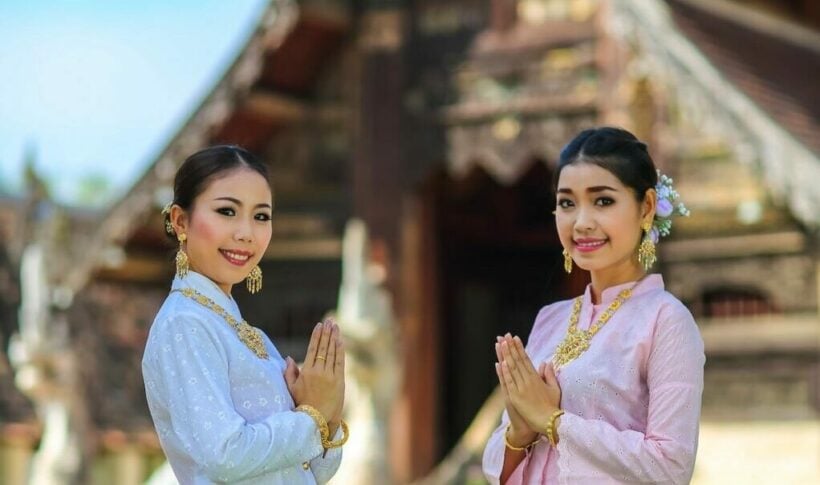 14. Pointing at someone is rude

Always keep these etiquette and rules in mind, so you can have a wonderful and memorable stay in Thailand while still respecting the local culture.

To learn more about what you should and shouldn’t do in Thailand, check out our article on the top 8 things to do correctly in Thailand.

Faraday
47 minutes ago, King Cotton said: Yes, weren't those the days when funny actually meant funny. Terrific! I know what you mean;we just cannot say anything, without some snowflake getting offended. I had a problem with my hip at school,…

gummy
2 minutes ago, Faraday said: I know what you mean;we just cannot say anything, without some snowflake getting offended. I had a problem with my hip at school, so for a time the lads would call me 'crip'. Didn't offend…