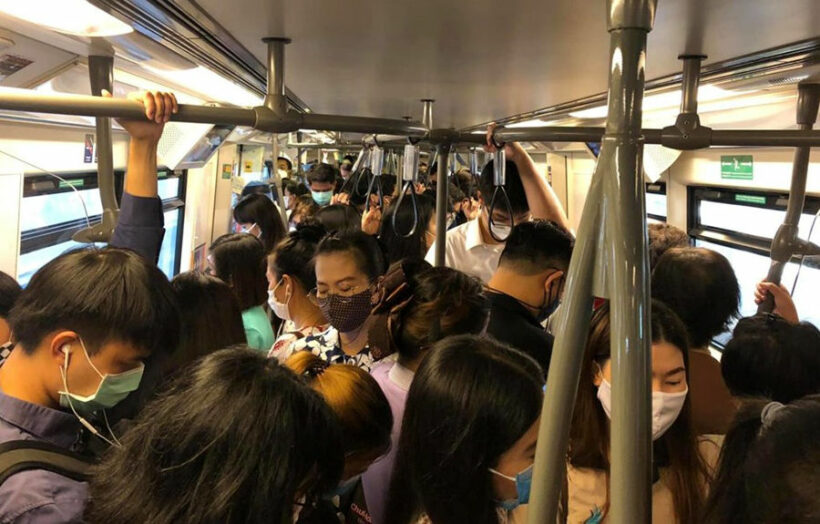 A survey carried out by the Thai Health Promotion Foundation shows that some users of public transport in the capital are not confident new health guidelines are being adhered to. The biggest concern appears to be a lack of social distancing, blamed on a shortage of vehicles during peak times.

A report in Nation Thailand says those considered “high risk” categories, such as the disabled or the elderly, are using public transport less, citing safety concerns. Thai Health director Poranee Phuprasert says the survey, which was carried out in early May, sought the views of 437 people, while monitoring 10 bus stops in Bangkok. 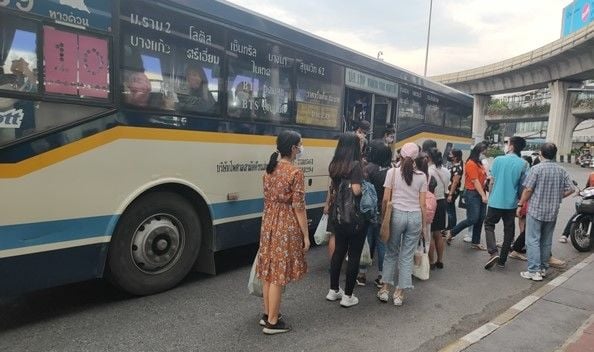 “We found that people in vulnerable groups are commuting less compared to last year. Around 65% have to commute mainly to work, while the secondary reason is for buying food and necessary items.”

The respondents said that the most common problem that they faced was inadequate vehicles during rush hours, as the social distancing policies announced by the government had significantly limited the number of passengers each vehicle could carry, leading to longer waits for commuters.

The other problems are some vehicle operators do not maintain the social distancing practice properly, especially the vans and buses operated by private companies who usually pick up passengers to nearly the full seating limit.

Users also question the cleanliness of some vehicles and voiced concern about a lack of hand sanitiser available. A lot of the same complaints were levelled at Bangkok’s canal boat service, both on the boats or while waiting at piers.

Government prepares for safe reopening of schools on July 1