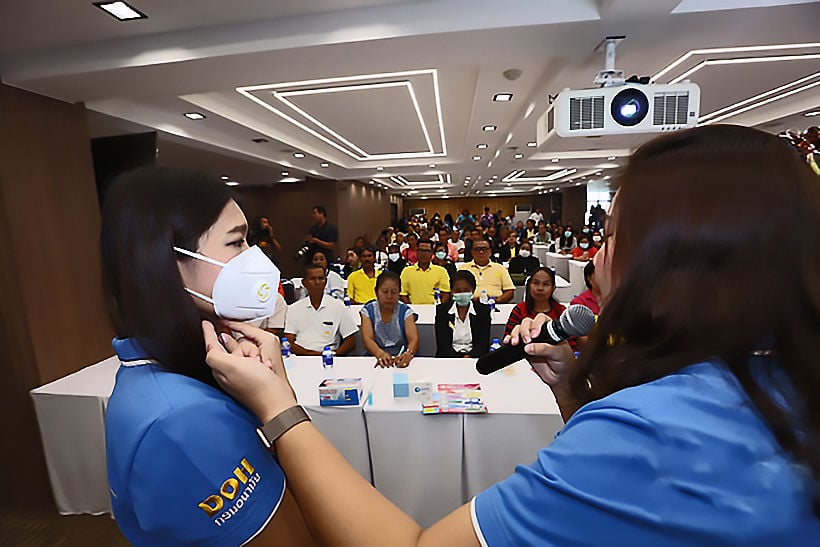 While the list of countries banning entry to travellers from China is growing, Thailand continues to resist. The Philippines yesterday became the latest country to block entry to travellers, including those from Hong Kong and Macau, after a Chinese man died in Manila of the Novel Coronavirus, the first death outside of China from the pneumonia-like illness.

Philippine President Duterte yesterday announced a ban on non-citizens traveling from, or through, China, regardless of nationality, on the same day New Zealand announced similar restrictions.

The decisions, both from countries which rely heavily on tourism from China, come as the number of Coronavirus cases continues to skyrocket. The number of confirmed cases rose by more than 1000 over the weekend alone, mainly in China, despite severe travel restrictions placed on some 50 million people in Hubei province.

The number of infections in China approaches 20,000, according to the latest figures from that country’s National Health Commission, while fatalities have risen to 362, although some reports suggest the real number could be much higher.

The virus has been detected in some 20 other countries, from the United States and France to Thailand and Australia.

Many of them have taken action to stop the spread of the virus by blocking entry to Chinese nationals or to people who have recently traveled from or through China. In addition to the Philippines and New Zealand, other countries imposing travel restrictions include the United States, Australia, Israel and Singapore, while Japan and South Korea have imposed looser restrictions which apply to people from Hubei only.

New Zealand’s PM Jacinda Ardern announced that from today, the country will deny entry to foreign travelers arriving from China and order returning New Zealanders to isolate themselves for 14 days.

“We have been advised by health officials that while there are still a range of unknowns in the way the virus is being transmitted, we should take a precautionary approach and temporarily stop travel into New Zealand from mainland China, and of people who have recently been in China.”

In Manila, President Rodrigo Duterte expanded the Philippines’ travel restrictions from those traveling from Hubei province, the epicenter of the outbreak, to the rest of mainland China, including its special administrative regions, Macau and Hong Kong.

Senator Christopher “Bong” Go, a close aide to Duterte, said in an interview yesterday,”I wish to emphasise that we are not singling out Chinese nationals. The measure covers all travelers from China to the Philippines regardless of nationality. A statement from the Philippines’ health secretary said “I would like to emphasise that this is an imported case with no evidence of local transmission.”

On Saturday The Lancet published a new study by University of Hong Kong scientists claiming the outbreak could be much worse than it appears and could get dramatically worse over the next week or two.

They found that as many as 75,815 people in Wuhan could have been infected with the Coronavirus by January 25, based on an assumption that each infected person might have passed the virus onto 2.68 others. The study also said that epidemic is doubling every 6.4 days.

If the virus were spreading at a similar level around China, “we inferred that epidemics are already growing exponentially in multiple major cities of China with a lag time behind the Wuhan outbreak of about 1-2 weeks.”

“When mildly ill patients are isolated in their homes, they and their family members should pay special attention to hygiene, and they should avoid sharing bathrooms with family members as much as possible,” according to the China News Network.

Thai tourism and shares start to catch the Coronavirus Effect