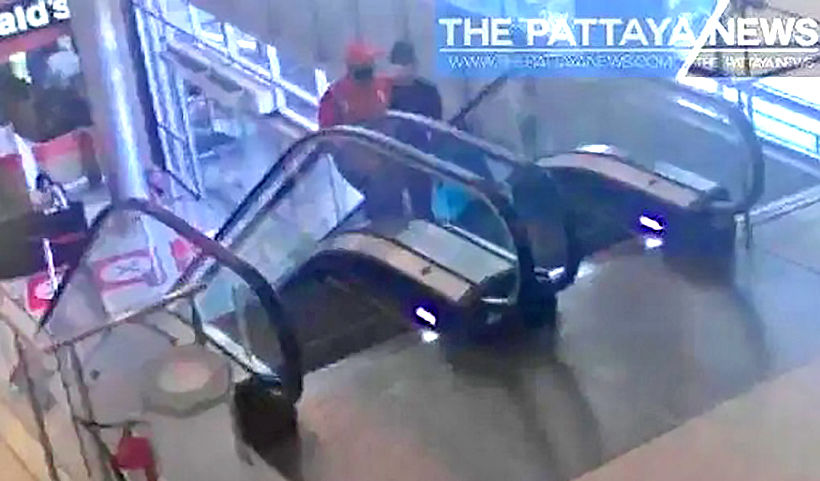 Security footage has emerged of a group of Egyptian air force personnel, including 1 reportedly infected with Covid-19, visiting a mall in the eastern Rayong province over the weekend. The images, which show the infected soldier wearing a red shirt, were released to the Associated Thai Press.

The shopping centre followed proper procedure by requiring the man to go through a checkpoint, giving him a temperature check, and requiring him to use the Thai Chana tracking app before being allowed in. Authorities say the man wore a mask during his entire visit to the Laem Thong mall.

The man did not buy anything at the mall and did not interact with staff or strangers, according to officials who have reviewed the footage. The man, identified only as a 43 year old Egyptian soldier, wandered around the mall with fellow soldiers for several hours, then left. He did not pick up or handle any items or stop to eat.

The man browsed a men’s clothing area but did not enter any individual stores or handle any items. He did not touch any escalators or use the restroom, according to mall authorities. Health officials say that although everyone in the shopping centrel will be tested, the man’s visit is considered “low risk”.

Contrary to earlier reports, the infected soldier didn’t go to another mall, but returned to his hotel. Several other soldiers in the group did visit Central Plaza Rayong, but their Covid-19 test results came back negative.