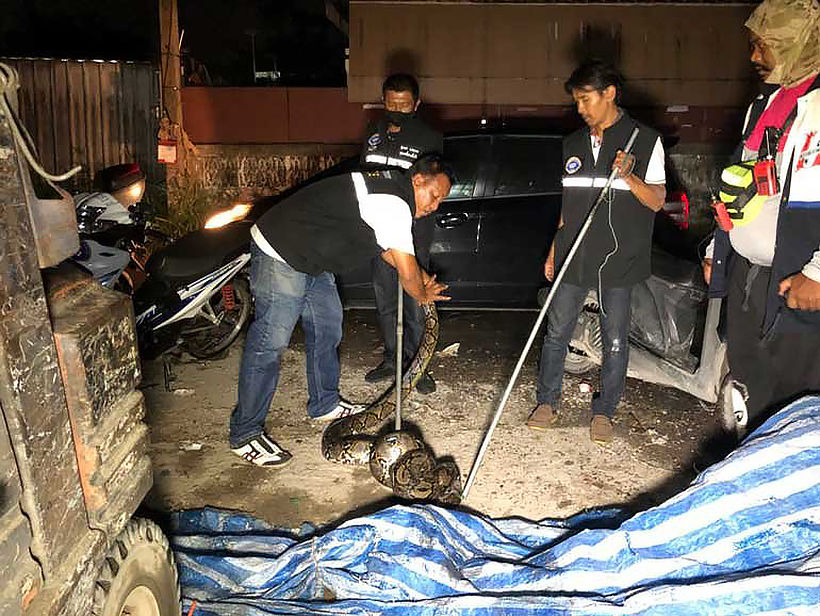 It took snake catchers 15 minutes to capture a 4 metre long python after a scrap dealer in Nonthaburi, just north of Bangkok, discovered it at his store in the province’s Pak Kret sub-district yesterday. The snake weighed in at 15 kilograms and the handlers say it put up a fierce fight, even breaking some of their equipment.

The dealer told the handlers this was the second time pythons had caused him problems, and that the first was even bigger. He noted that the pythons were hankering for some feline snacks and had eaten 20 of his cats.

The handlers reported that the serpent would have been even heavier, but it appeared not to have eaten for several days. 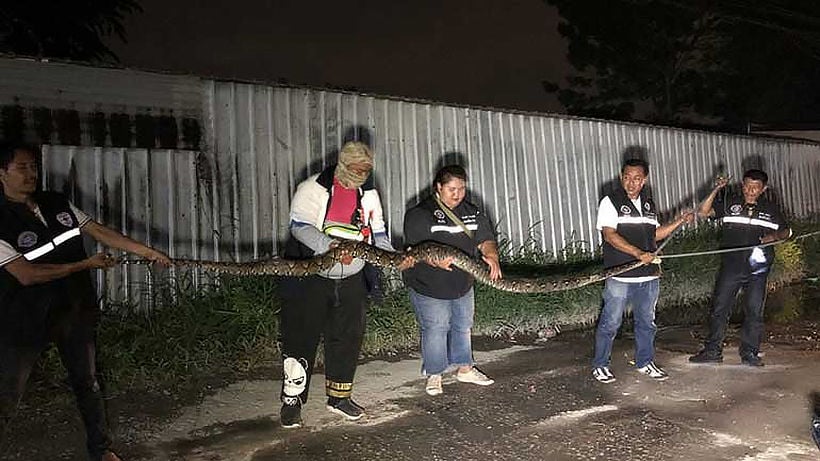