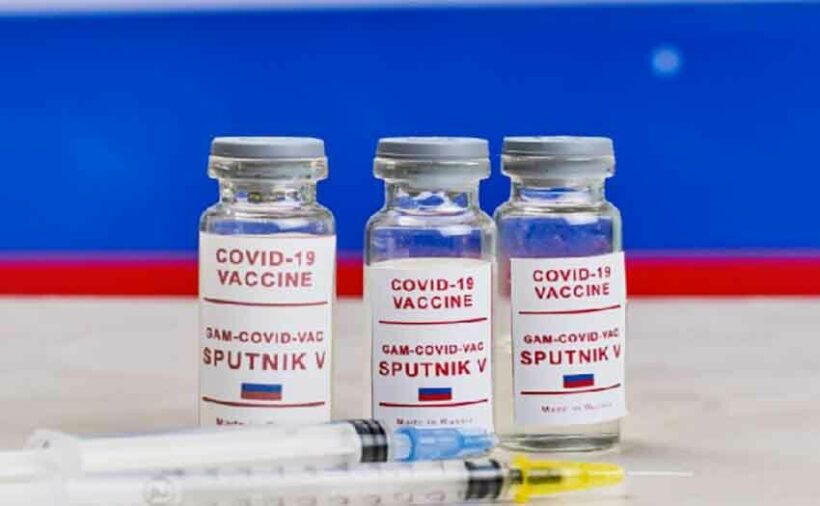 Thailand is to take delivery of the Russian Covid-19 vaccine, Sputnik V, along with 10 million doses from US vaccine manufacturer Pfizer. According to a Bangkok Post report, PM Prayut Chan-o-cha announced on his Facebook page that the Russian leader, Vladimir Putin, has agreed to sell the vaccine to Thailand through a “government to government” contract.

The PM says the announcement from Russia came after he ordered the Foreign Ministry to look into purchasing the Sputnik vaccine. He says the ministry was subsequently informed that Putin would support Thailand due to the long friendship between the 2 countries, which would only be strengthened by a vaccine procurement deal.

The announcement from Russia comes just 2 days after exiled former Thai PM, Thaksin Shinawatra, offered to speak to Putin to secure doses of the Russian vaccine for Thailand. Thaksin was speaking as part of a live broadcast on the Clubhouse app when he criticised the slow pace of the Thai government’s rollout and said doses should be sought from a variety of producers and not just the chosen 2 of AstraZeneca and Sinovac. He then offered to speak with the Russian leader in order to procure doses of the Sputnik V vaccine for Thailand.

The Bangkok Post reports that when questioned by reporters about Thaksin’s offer, the PM became clearly irritated, refusing to answer the question.

“I don’t know him. Just leave him be. I won’t answer that. Don’t relay a question from someone who is not even in the country.”

In other vaccine developments, Public Health Minister, Anutin Charnvirakul has confirmed that US pharmaceutical giant Pfizer has agreed to sell 10 million doses of its Covid-19 vaccine to Thailand. However, he is currently unable to confirm when they might arrive in the country. The vaccine has yet to be registered and approved for use in the Kingdom.

Next Wednesday, the PM also plans to meet with the Federation of Thai Industries, the Thai Bankers’ Association, and the Thai Chamber of Commerce, for talks on procuring additional vaccine supplies.