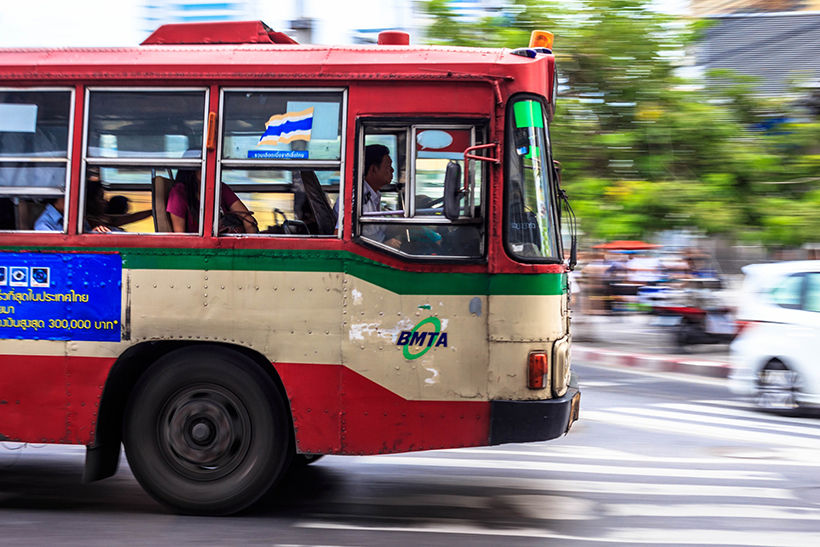 Even though intra- and interprovincial travel has fallen by about 40%, following the declaration of a national state of emergency last week, PM Prayut Chan-o-cha said today that he might order a reduction or even a suspension of public transport if the rate of Covid-19 coronavirus infections does not show a sustained drop.

The PM says he “might have to prevent people from travelling.” He and senior health officials believe that a reduction in commuting and travel would need to be around 90% in order to have a significant impact on the infection rate.

Prayut also says the state of emergency will stay in place and that if the situation doesn’t improve, it could be extended for three months.

Regarding the 5,000 baht monthly cash handout for people affected by business closures, the PM made it clear that not all 20 million people who have applied for the money will qualify, and warned that the state will demand a refund from anyone who is ineligible or receives the money based on a fraudulent application.

For those who aren’t eligible, he said the government might introduce alternative measures to help them through the crisis.

Government spokeswoman Narumon Pinyosinwat said today that the PM has instructed the army and the Interior Ministry to help local officials enforce the lockdown measures in Phuket, Yala, Pattani and Narathiwat, where the number of new infections is steadily increasing.

Travel in and out of these provinces has been banned without official permission. is granted. In Phuket, travel on and off the resort island by land or sea is prohibited, with the exception of essential goods vehicles and thos carrying construction materials. Air travel will be suspended from April 10th.

The PM has instructed TV stations to reduce coverage of boxing matches and police are to ensure that all motorcycle taxi drivers wear face masks.

Prayut has also ordered the Customs Department not to levy import taxes on surgical face masks, PPE gowns and medical supplies needed in the fight against the virus. The country’s Food and Drug Administration and the Medical Sciences Department have been told to fast-track screening for such items to speed up distribution to where they are urgently needed.

The Commerce Ministry will tighten the control of egg prices and suspend egg exports until the shortage has eased.