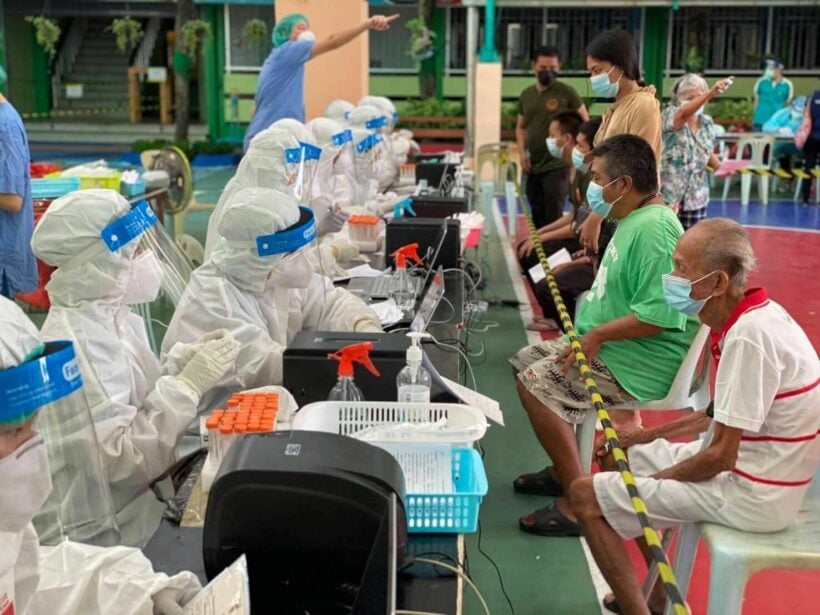 PM Prayut Chan-o-cha has held an online meeting with the governors of the 12 “dark red” provinces – Pathum Thani, Chon Buri, Nonthaburi, Nakhon Pathom, Samut Sakhon, Ayutthaya, Chanchoengsao, Samut Prakan, Pattani, Narathiwat, Yala, and Songkha. The Bangkok Post reports that the PM used the meeting to question them on the Covid situation in their province and to say he hopes the crisis will ease within the coming weeks. Today, Thailand has hit yet another record high, with 17,669 new infections and 165 deaths.

According to the Bangkok Post, the PM used the meeting to get an understanding of how governors are managing Covid-19 in their provinces. The meeting was also attended by the Health Minister, Anutin Charnvirakul, but not by the governor of Bangkok. Government spokesman Anucha Burapachaisri says the PM asked governors to keep the government updated so they could get the help they need, with each governor giving a debrief on the situation in their province and how they’re managing it.

The PM has also asked them to continually update the number of patients who have recovered and been discharged from hospital, as it gives an indication of how many hospital beds are available. He has also stated that there is no shortage of medical supplies or equipment in the country. Anutin added that from next month, the government will be ordering around 10 million vaccine doses a month, with around 1 million doses a day administered.

Meanwhile, the Bangkok Post reports that Chalermchai Boonyaleepun, member of a senate committee on public health, says Bangkok could have between 400,000 and 500,000 asymptomatic patients. He points out that asymptomatic infections account for up to 80% of Covid cases, adding that mass proactive PCR testing is limited in the capital.

riclag
Hey ,What about the other 66 provinces that are exploding with the gift that keeps on giving!
Graham
Oh, so now he who is in charge is asking, surely he must get daily reports from all provinces (or does he not bother reading them). Does this clown not realize that he is public servant (someone needs to explain…

gummy
Hey ,What about the other 66 provinces that are exploding with the gift that keeps on giving! As I have said before, the other provinces are just collateral damage to these administrative liars and cheats.
DiJoDavO
I've just got to hear that they are going to announce a complete lockdown. No one may go out anymore, just like in Wuhan back then. People will get the time to stock up, and will be for a month…