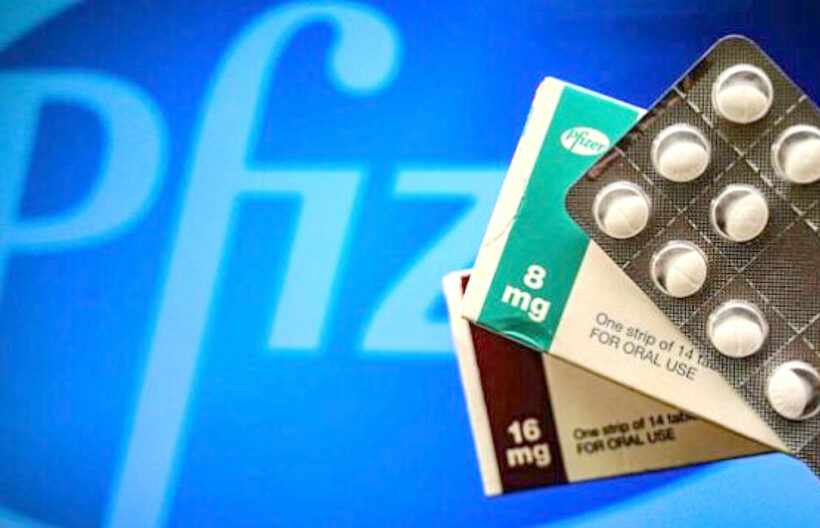 PHOTO: Paxlovid by Pfizer is 89% effective in treating Covid-19. (via PM News Nigeria)

Hot on the tail of Merck winning approval for use in the UK for its anti-viral Molnupiravir pill treatment, Pfizer announced yesterday that clinical trials show their new drug, Paxlovid, to be highly effective in treating Covid-19. The pharmaceutical giant was quick to point out that their pill was developed with the specific goal of fighting Covid-19, unlike the Merck medication which was originally intended to combat influenza.

Tests show that hospitalisation and death among adult patients with Covid-19 who are considered high risk of severe symptoms were reduced by up to 89% with Paxlovid. In fact, as Pfizer moves from middle to late-stage clinical trials, the results were so promising that they’ve stopped recruiting new test subjects for the trial. Their latest tests studied over 1,200 adults around the world in Africa, Asia, Europe, and North and South America.

To speed emergency use authorisation, they will submit data to the Food and Drug Administration right away as it becomes available for the drug they’ve been developing since March of last year. Pfizer CEO calls the Paxlovid pill a game-changer with the ability to eliminate up to 9 out of every 10 hospitalisations.

Paxlovid is a “protease inhibitor” that essentially sticks a wrench in the Covid-19 viruses replication process which suggests that it would primarily be effective as an early treatment to stop the virus spread as soon as it is detected, as once symptoms become severe the virus has already spread and stopped replicating in a patient’s body.

The positive news shows the shift in treatment for Covid-19 as previous medications like Remdesivir and monoclonal antibodies that have been used so far are given by intravenous injection. Treatment by a simple pill regimen has been like a fabled silver bullet that several companies have been racing to develop as it opens up the possibility of early treatment outside of hospitals.

Now Molnupiravir has won its first approval and Paxlovid looks to be following in its footsteps and opening the door to a future where, even if Covid-19 isn’t eradicated, a simple home treatment could eliminate nearly 90% of the risk of hospitalisation and death

AussieBob
Great to see the modern medical industry coming up with new and better tyreatments for Covid - both vaccines and in-hospital treatment like Paxlovid.  I hope the Thai Govt does/has not order too many of the  Merk pills - they…