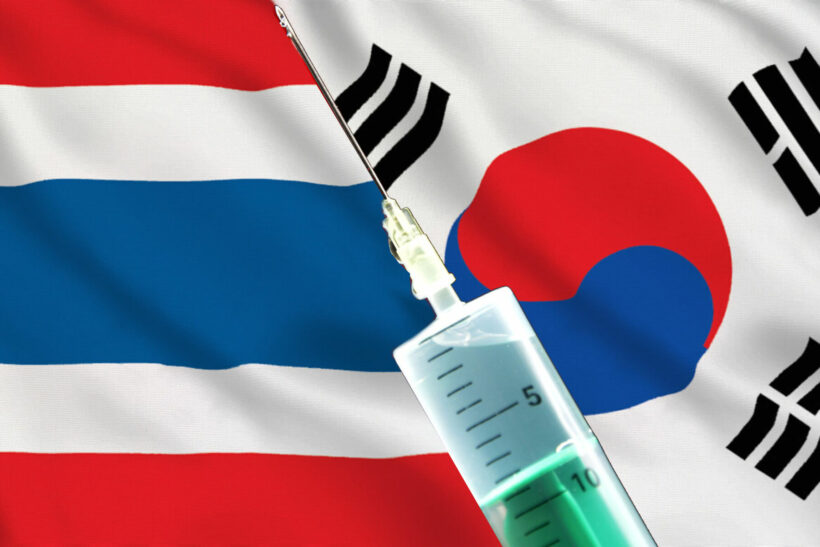 Korea is now managed to vaccinate nearly 80% of its population, about 41.6 million of its 52 million citizens. As such, it is now donating extra vaccines to some neighbours to help the global vaccination efforts.

Yesterday after the announcement from the KDCPA, the Thai Cabinet formally acknowledged the AstraZeneca vaccine donation from South Korea, hopefully avoiding delays like the US Pfizer donation debacle. A deputy spokesperson for the government said, like the 1 million vaccine donation stalled from the US, the Cabinet tasked Minister of Public Health Anutin Charnvirakul with the paperwork and signing the donation agreement.

There is no confirmed date on when the 470 AstraZeneca vaccines donated by South Korea will be delivered in Thailand yet. But the spokesperson did say that South Korean nationals that are living in Thailand will get first priority on the donated vaccines, something the French, Swiss, and Chinese governments were also able to do with vaccine donations, but Americans and Australians living in Thailand were frustrated earlier this year as their government claimed it was not possible to earmark donated vaccines for their expat citizens.

palooka
4 hours ago, Bob20 said: I don't think they're asking. But for the rest you're correct. The reported 178.2m doses should be enough to vaccinate the whole country and give them boosters too. Then again, who am I to argue…
Bob20
1 minute ago, palooka said: And I thought it was flooding from rain  in CM it's you running out of tissues. Thanks, I don't get blamed for things quite enough yet 🤣😂🤣😂🤣😂🤣😂