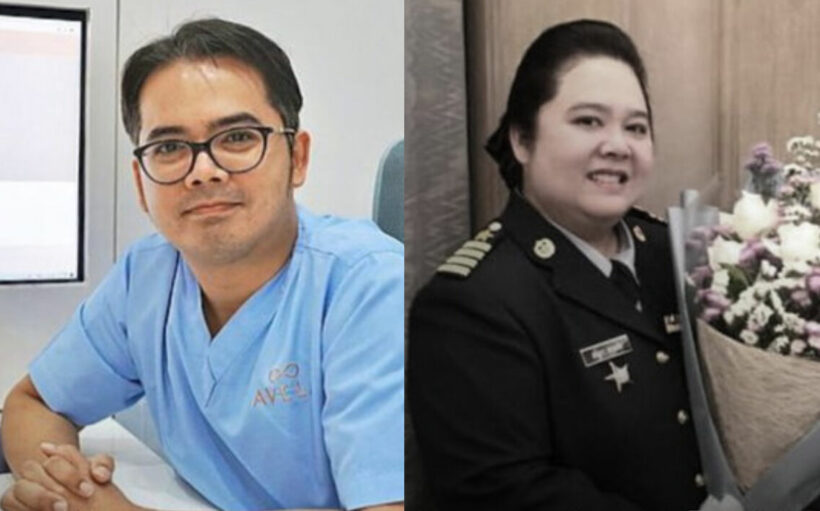 The doctor’s sister was Saranya Lapanich, also a doctor, a physician at Bhumibol Adulyadej Hospital. She just died of Covid-19 despite having 2 doses of the Sinovac vaccine that many complain is not effective against the Delta variant, now the primary strain of Covid-19 infecting Thailand.

Now Sitthiphong wants to know why groups like the Private Hospital Association aren’t being allowed to import more effective vaccines like Moderna or other mRNA vaccines. He doesn’t understand why only a handful of government agencies like the Government Pharmaceutical Organisation have the authorisation to deal with importing vaccines.

With the low number of vaccinated people in Thailand, Sitthiphong argues that an mRNA vaccine should be the primary vaccine used to fight Covid-19 in the country. And the first step to making that happen is to allow private hospitals and private companies the power to import vaccines on their own. He is confident many agencies are ready and capable of bringing much-needed vaccines into the country if given the chance.

Sitthiphong says that at the very least, the Private Hospital Association should be allowed to directly import vaccines if the government doesn’t trust smaller individual businesses or hospitals.

Meanwhile, funeral ceremonies for Sitthiphong’s sister Saranya, a well-liked physician, began yesterday and will continue through the weekend. The president of the Royal College of Physicians of Thailand announced her death on Facebook and her cremation ceremony on Monday is royally sponsored.

BlueSphinx
On 8/15/2021 at 8:19 AM, Stonker said: On 8/15/2021 at 6:47 AM, AdamX said: Vaccines are supposed to stop infection and transmission. The mrna gene therapy appears to be unable to satisfy these criteria. No they're not - they're supposed…
OnbekendeNederlander
Who is wrong, Who is  right....  We will know... Later... Listen now...  https://thelibertyloft.com/doctors-warn-covid-19-mrna-shots-have-long-lasting-effects-but-offer-advice-if-youve-submitted-to-experiment/
Stonker
57 minutes ago, BlueSphinx said: AdamX is correct in the sense that the vaccines were 'sold' to the public as preventing infection and transmission.  It's correct that the 'small print' in that promise only claimed that it would 'greatly reduce'…
AdamX
5 hours ago, Stonker said: Let's keep it simple. Name anyone in any position of medical or scientific responsibility who told or promised you this. Anyone at all. It never happened - you can't blame others for your own ignorance…
Stonker
3 hours ago, AdamX said: These are semantic gymnastics. "Semantic gymnastics"?   So you can't name a single person who told you or promised you what you claim?   Not one?   Any "reasonable person" would conclude that in that case…