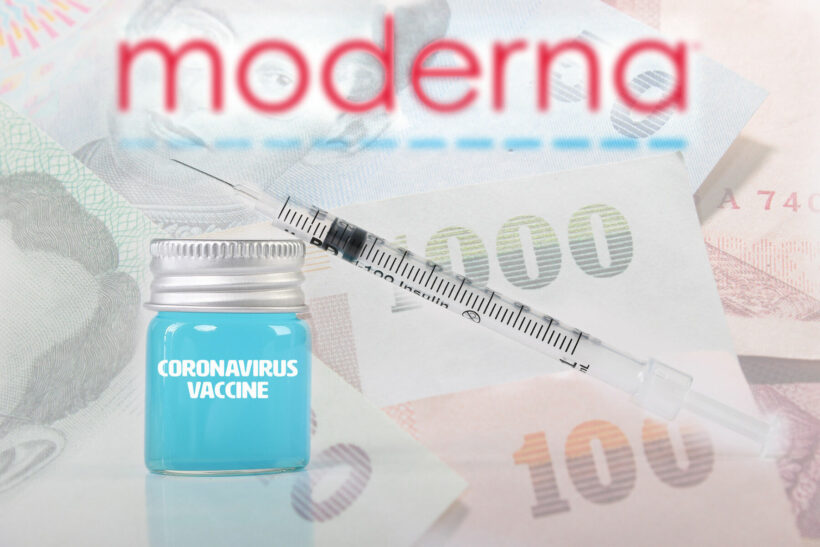 The dispute between Thammasat University Hospital and the Foreign Ministry over 1.5 million donated Moderna doses rolls on. After the university took to Facebook to say government red tape prevented it from receiving Poland’s donation, the Foreign Ministry has hit back. According to a Bangkok Post report, the ministry says it couldn’t allow Thammasat to accept the donation as doing so could undermine relations between Thailand and Poland.

For several weeks now, Thammasat has been asking the ministry for a letter that would confirm the university hospital’s state agency status. The letter was a necessary requirement to pave the way for Poland to send the donated vaccines.

However, the ministry says there were 2 issues preventing it from providing said letter. The first is that, while the hospital planned to distribute a third of the doses for free, the remainder would be administered by private hospitals for a fee. The second issue is that the manufacturer prohibits the sale of its vaccine without prior authorisation. The ministry says in the case of Poland’s donation, the doses could not be sold as the hospital had not obtained this authorisation. Issuing the requested letter in these circumstances risked undermining trust between Poland and Thailand, not to mention potential legal action from the vaccine manufacturer.

But wait… Thammasat have responded. The hospital has rejected the ministry’s explanation, saying it was never informed it couldn’t sell the vaccine doses and is in talks with the manufacturer about procuring the donation from Poland. However, it says it can’t afford to finance the procurement alone, due to the costs associated with quality checks, logistics, and warehouse storage. It had therefore asked partner hospitals to assist with the expense, which they could then recoup by providing the vaccine for a fee of 400 baht per dose. Thammasat says this was the only way to proceed, given that the government wouldn’t cover the costs, adding that 400 baht is still a lot cheaper than what other private hospitals plan to charge for a dose of Moderna.

AussieBob
1 hour ago, HolyCowCm said: 70% is a pretty good estimate and actually is probably higher than that I would think. 80%+? I think same as you as I would love to see the young generation and other Thai rise…
HolyCowCm
42 minutes ago, AussieBob said: there are still those who hold old school values, Just talking with my kids, and if you think about your statement right there then this probably might be part the big center route of the…

Department of Health begs for responsible drinking in restaurants