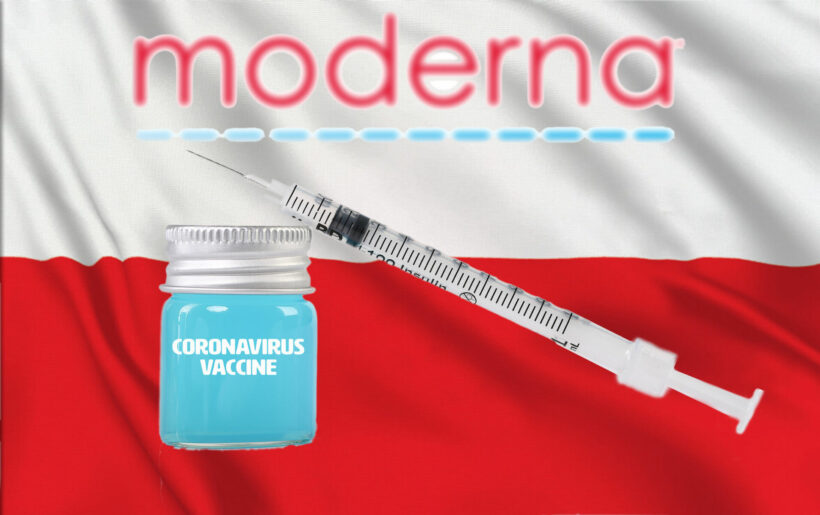 PHOTO: Thammasat University forced to give up on 3 million Moderna vaccines donated by Poland. (via Flickr Jernej Furman)

After Thammasat University struck several deals to import millions of vaccines to Thailand, they hit a snag with government bureaucracy blocking the donation of 3 million Moderna vaccines from Poland. After struggling to get the necessary paperwork approving the vaccine donation from the government, the university had to give up and Thailand will lose the donated vaccines, the first 1.5 million of which had been scheduled to arrive one week ago.

An official letter was needed from the Ministry of Foreign Affairs, but when Thammasat University contacted the Ministry, the response was that they were one their own in their quest to bring free Moderna vaccines to the people of Thailand. The Foreign Ministry said their advice was in line with the regulations published in the Royal Gazette and suggested the university try working with the Department of Disease Control instead.

The university operates its own hospital, and on November 14 they will close their vaccination facility and move all medical personnel back to Thammasat Hospital. But they haven’t given up in their quest to obtain alternate vaccines for Thailand, though they are forced to give up on this donation from Poland.

Thammasat University had already made full preparations for the delivery of the donated vaccines including all the logistics and expenses involved in flying them from Poland, storing them, and even insuring them as the Polish donors requested. They had informed the Ministry of Foreign Affairs that the university would cover all costs and expenses, and all they needed was a required letter from a Thai government agency formally approving the university to act as a receiving agent for the imported vaccines.

The Ministry of Foreign Affairs declined to issue that letter, thus torpedoing the deal for 3 million free Moderna vaccines to be given out to the people of Thailand at no cost. Thammasat University issued a public apology of those who were hopeful to receive a Modern vaccine from this donation.

For those keeping track, this totals 4 million free mRNA vaccines donated from Poland and the US previously that Thailand did not accept due to bureaucratic red tape.

Stardust
3 minutes ago, Yinn said: Completely wrong.  I assume you not watch Thai media if you think that. Right? Thai media criticism government everyday. The English language media is very soft/scared, I not sure why, no Thai want to read it…
Yinn
6 minutes ago, Stardust said: Thats true the Thai english media is more self censored then many Thai media. Also more strict and censored in the comment sections about critic of the Thai government. I experienced that, too. I would…

Benroon
2 hours ago, Stardust said: You see it even in soth east asia in the tv what mess this junta government in Thailand is and you see it in Europe but thats not the uk anymore. The UK is still…

Fluke
8 hours ago, Benroon said: OK I'll take your word for it but I can't remember the last time I saw an overly negative editorial against Thailand in any UK newspaper.   TBH , The U.K media isn't really bothered…

BigHewer
Off topic posts have been removed. The topic is “Government red tape loses Thammasat University free vaccines”. Some tangential discussion is expected, but let’s not these tangents take over the discussion.  If members wish to discuss Brexit, please find an…