The spokesman of the Centre for Covid-19 Situation Administration, Dr Taweesilp Visanuyothin, announced this morning that Thailand had only 7 new cases of the Covid-19 nationwide in the previous 24 hours.

3 of the new cases were imported, meaning that they came from Thai nationals returning to the country from overseas. All were immediately quarantined. Only 4 cases came from local transmission, 3 in Phuket and 1 in Krabi.

There were no additional deaths reported, and the tally remains at 54.

Thailand now has a total of 2,954 cases in total since the beginning of the outbreak in January. Of those, 2,687 have fully recovered, with 22 released from hospitals in the past 24 hours.

Dr Taweesilp noted that it’s the first time no new cases were reported involving close contact with previous patients, all cases were found through proactive testing. 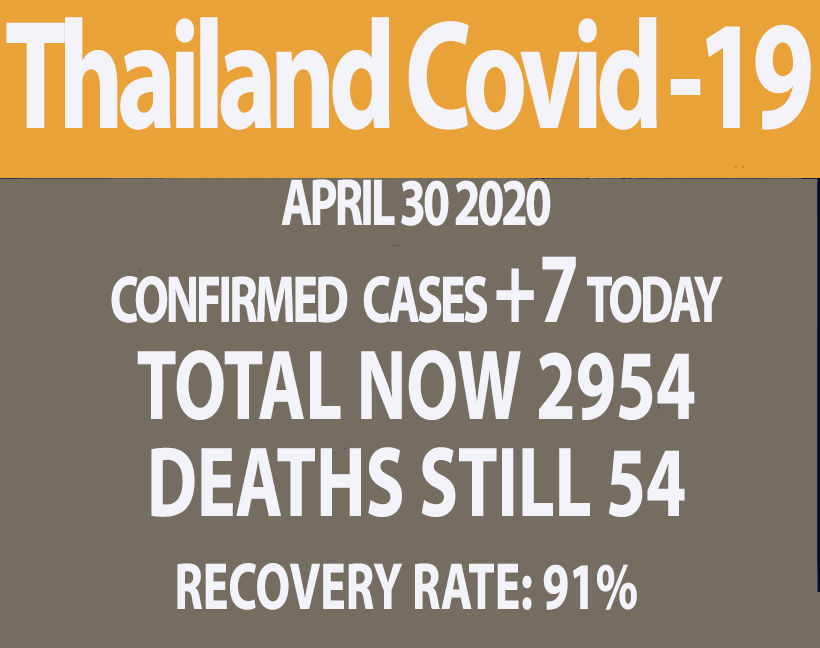 Booze ban extended as some businesses allowed to reopen

All emergency decrees to remain in place for another month – PM