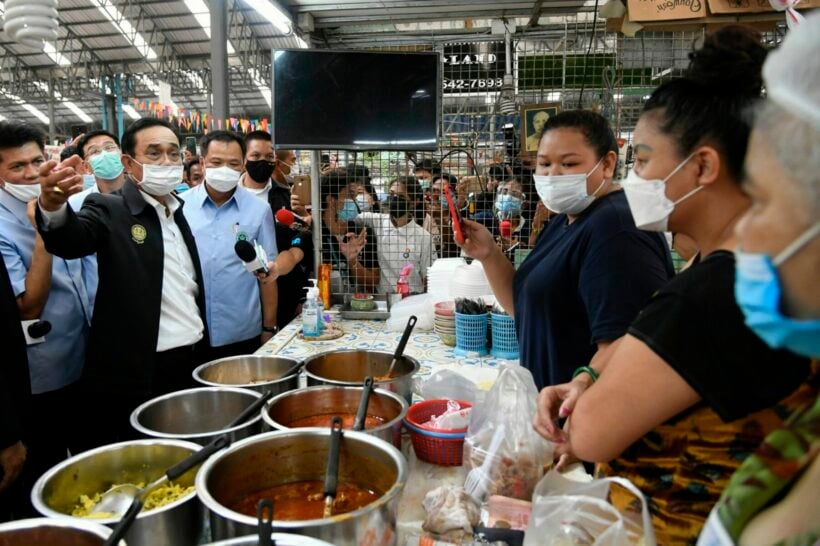 The Thai public health department has announced another 18 Covid-related deaths and 2,804 new infections. 409 of today’s cases come from the prison system. The numbers coming out of the public health department, and announced each morning at around 11.30am by a CCSA spokesperson, have been statistically similar for the past 2 months, with the exception of the cases coming from Thai prisons.

The bulk of the current case-load is from Bangkok and adjacent provinces and some of the capital’s nearby eastern provinces. Cases in other Thai provinces, according to the published numbers, have dropped significantly. Provincial totals published early this afternoon.

“It is expected to start on July 1…. …the next step is to update the details for the CDC and Cabinet formally approved… It will continue to serve as a model for other tourist areas.”

Meanwhile in Phuket, a workshop at Angsana yesterday ended with this announcement from the Tourism Authority of Thailand…

“The Tourism Authority of Thailand, in collaboration with Phuket Province, today hosted a ‘Phuket Sandbox Workshop’ to prepare Thailand’s most popular beach destination to safely reopen to local and international visitors from 1 July, 2021.”

There have been no announced changes to the scheme in recent days, which has already seen an upgrade of the minimum number of days spent in Phuket rising from 7 to 14, before travellers can head off to other parts of Thailand.

• The Social Security Office says that all 45 Bangkok vaccination stations for people who are covered under the country’s social security blanket were closed temporarily  on Friday. Nantachai Panyasurari announced that the stations will reopen in 2 weeks after measures are implemented to improve the efficiency of the services.

“Some people were rejected by vaccination staff because their body temperature or blood pressure was too high due to hot weather, or information submitted by organisations was missing. Therefore, the SSO decided to improve services at all vaccination stations, to ensure maximum efficiency.” – NBT

• Thailand’s Department of Medical Services says the possible side-effects of the AstraZeneca vaccine are more commonly found among people of “working age than among the elderly, as their bodies respond more rapidly to the vaccine”.

“Some recipients of the Sinovac vaccine might experience these symptoms as well.” – NBT