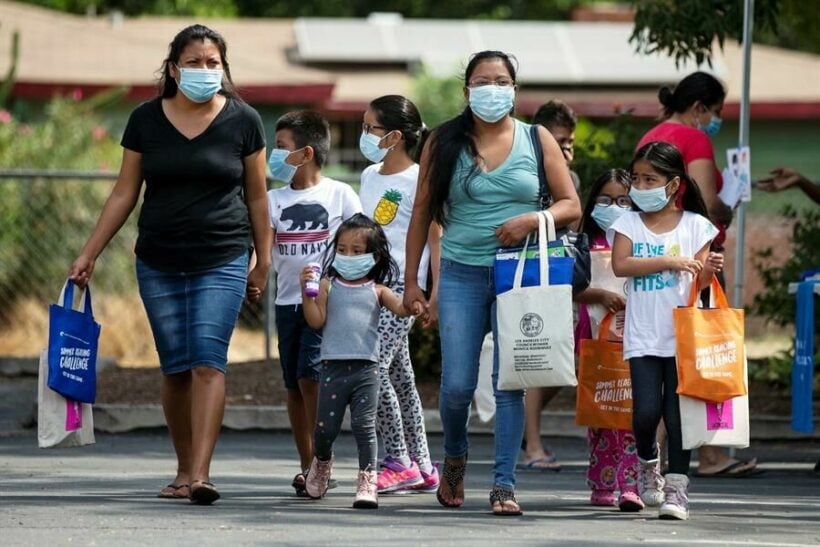 Chile, with nearly 60% of its population fully vaccinated, has gone into another lockdown to curb a new surge of the coronavirus. The Chilean Health Ministry says the 7 day average of new Covid infections remain above 7,000 people per day, and there were only 30 intensive care beds left in the capital as of last night. Santiago has a population around 8 million.

Residents are being told to stay at home as the government fights to get the infection rate under control again.

But the vast majority of new cases are among the non-vaccinated and people who had only received 1 dose of the vaccine. Authorities are at pains to assure residents the problem is not with the vaccines, but community behaviours.

Claudia Cortés, an infectious diseases specialist at the University of Chile, says that the announcement of the vaccine roll out, coupled with the summer holidays and people coming out of a 6 month lockdown, gave a sense of optimism and carelessness set in.

“At the beginning of the vaccine campaign there was a message from government that ‘vaccines are on their way so the pandemic will end soon.’ Everyone stopped taking care, stopped wearing masks, and joined big crowds.”

Restaurants, shops, fitness centres and resorts were opened again to kickstart Chile’s faltering economy. But the mass vaccination started a few months later. By March the Latin American country was in the spotlight for betting on its mass vaccine roll out and relying on its health care network. But Covid was spreading as the first loads of vaccine arrived in the country, mostly the CoronaVac vaccine from China.

Authorities are blaming the surge of cases on a large dose of government and citizen hubris with people starting mix freely again after just 1 dose of the vaccine, or without even a single dose, thinking the community was safe again. 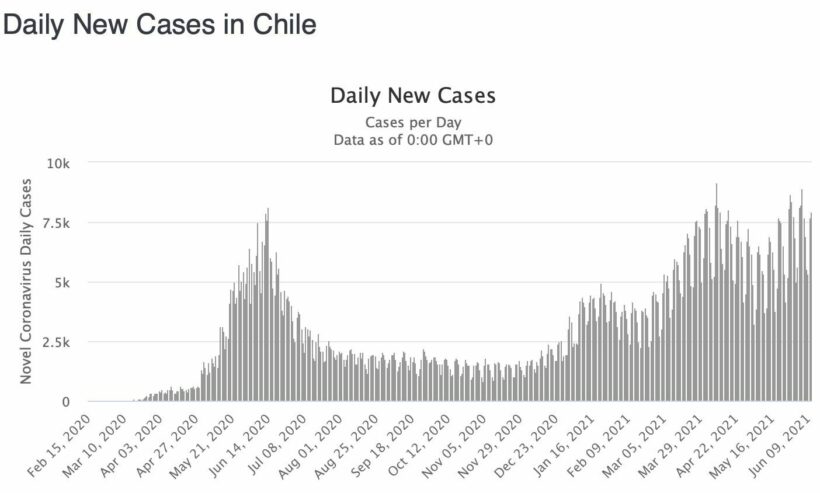 The number of active Covid cases being treated in Chilean hospitals has risen from around 36,000 in the middle of May to around 48,000 now. 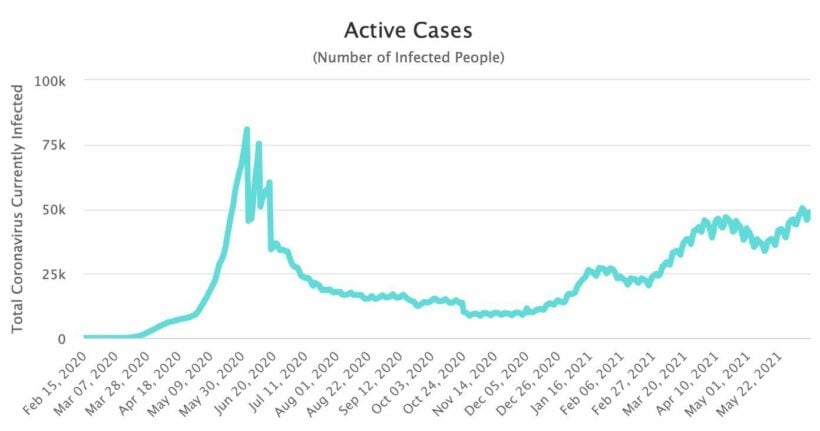 According to a Bloomberg report, 93% of the vaccines administered were the Chinese Sinovac-manufactured CoronaVac, the most popular vaccine currently used in Thailand. The remaining 7% of the vaccines were from Pfizer/BioNTech.

The speedy vaccine rollout, one of the fastest in the world, has tried to keep pace with the rise in new infections. But, for now, the rate of new infections has been too fast for the roll out.

Reuters reports that Jose Luis Espinoza, president of the National Federation of Nursing, says his members are “on the verge of collapse” due to the lack of beds and stretched resources.

Chile’s health department reports that 58% of the country’s 17.5 million population have been fully vaccinated and 75% have received at least 1 vaccine dose.

News Categories: Coronavirus (Covid-19) World
Related Topics:chileChilean healthCoronaVachospitalsSantiagosinovacsurge of casesvaccineswhat happened in Chilewhy is there a rise of Covid in Chile