Over the past 2 years (and it is nearly 2 years since the first case of Covid-19 was identified outside of China on January 14, 2020 in Thailand), the economic impact of the virus spreading has been caused almost entirely by governments acting to limit the spread – lockdowns, restrictions and border closures.

Now, the latest variant of Covid, Omicron, is showing that, despite its lower lethality, it has the capacity to affect economies without any human intervention.

The situation in the US, UK, some European countries and Argentina, specifically, has not been replicated, yet, in most of Asia. More about that later.

Tell the thousands of airline staff, hospital workers and workers, in hundreds of workplaces across the US, that “it’s just a mild cold”. Whilst that is the case for most cases, the sheer volume of new infections is producing enough cases of people needing to take time off work, and enough hospitalisations, to put renewed pressure on the US hospital system.

Dr. Megan Ranney, a professor of emergency medicine at Brown University’s School of Public Health on Rhode Island, Providence, explained to CNN that many people are now calling in “too ill to work”.

“What I am so worried about over the next month or so is that our economy is going to shut down, not because of policies from the federal government or from the state governments, but rather because so many of us are ill.”

With life in the US, sort of back to normal, with mask-mandates being lifted in most states (although some are considering a reintroduction at the moment), and office and shop hours resumed at pre-lockdown levels, the new Omicron variant is spreading quickly.

The US broke records twice this week for its 7-day average of new daily Covid infections. Today US health authorities published a record 443,677 new infections for the past 24 hours – another record. Dr. Ranney says that the high case count is already causing disruptions in parts of the country.

Some medical facilities, only now recovering after the exhausting third wave of Covid that swept through the US in September and October last year, are now beginning to fray at the increased traffic.

And Ohio’s Governor Mike DeWine announced this week the deployment of over a thousand National Guards as the state’s hospitals “struggle with staffing shortages”.

Meanwhile, the mayor of Cincinnati has declared a state of emergency due to staffing shortages in the city’s fire department following a rise in Covid-19 infections.

The problems for US airlines have already been reported. Thousands of flights continue to be cancelled or delayed as staff and crew called out sick. The situation became a reality from Christmas Eve, potentially one of the busiest travel days for 2021, but left thousands of travellers stranded with flights remaining on the ground. That situation has extended throughout the Christmas and new year holiday period.

The US Federal Aviation Administration noted that an “increased number of its employees were testing positive for the virus… traffic volume at some facilities could be reduced, which might result in delays during busy periods.”

More worrying, child Covid hospital admissions are at an all-time high this week, with a recorded average of 378 children, per day, ending up in hospitals for the week ending December 28. This, from the US Centres for Disease Control and Prevention and the US Department of Health and Human Services.

Meanwhile, the surges seen in the US, UK, South Africa, Argentina and parts of Europe, have not yet become a major problem around most of Asia, although some countries are now starting to record small rises in reported infections.

South Korea has seen a surge in Covid cases during November and December, but the trend is not dropping and, even at its peak the rate of infections was much lower than the rates currently causing concerns in the US and Europe.

Vietnam is also showing a surge in infections, again since the middle of November but had been ‘flattening’ out over the past 2 weeks.

Even China, where there had been a small outbreak in the western city of Xian, appears to have limited the spread with severe lockdowns (along with some bizarre public shaming of ‘spreaders’).

Elsewhere in Asia, including in Thailand, the Covid situation has been quite stable with much lower cases than when countries were going through their third wave peaks in the middle of 2021. 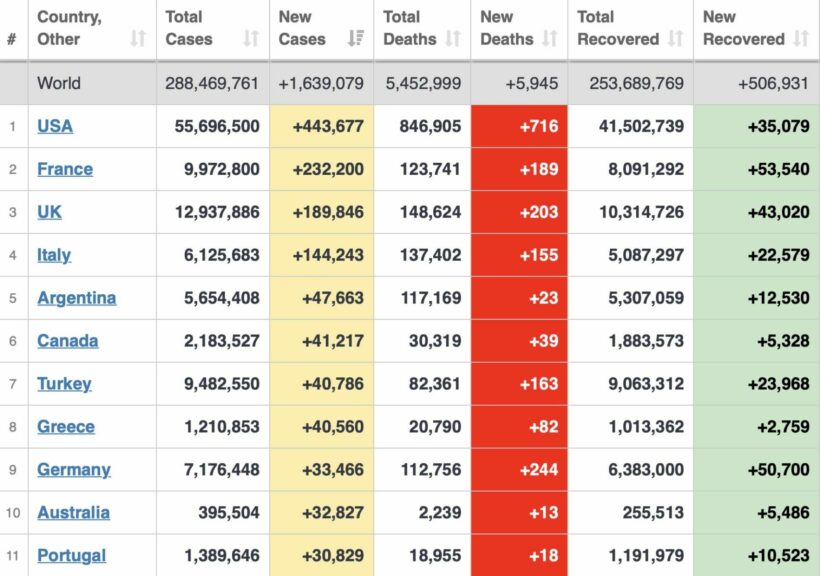 GRAPH: 11 countries leading the world with new infections over the past 24 hours. 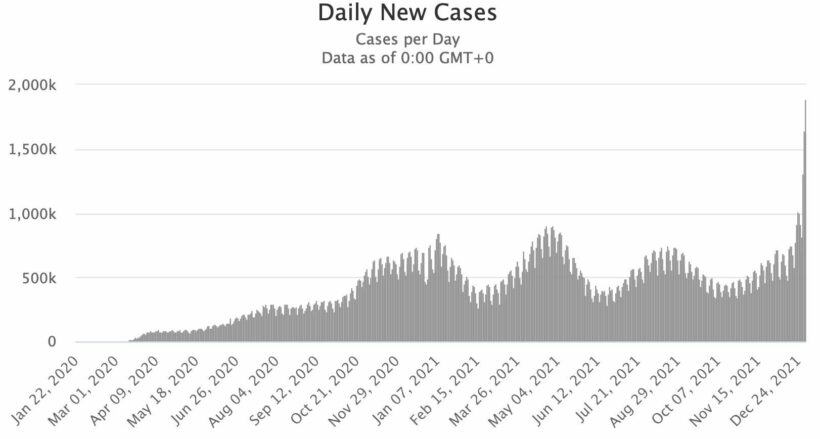 GRAPH: The latest surge in numbers for the fourth wave, globally, is showing a steep rise in new infections – worldometer.info

But the WHO are warning all countries that, if Omicron hasn’t started causing rising infections numbers yet, it probably will soon. Asia, generally, has a much higher incidence of wearing face masks, a trend that was apparent, even before the Covid pandemic. Citizens have also been less fussed about the directions of governments to wear masks in public throughout the pandemic.

Soidog
23 hours ago, Jason said: Looks like Tim is "on call" to write these articles from some Phuket Hotel. I wouldn't be looking to the US as an indicator of anything except how not to deal with a pandemic. They…