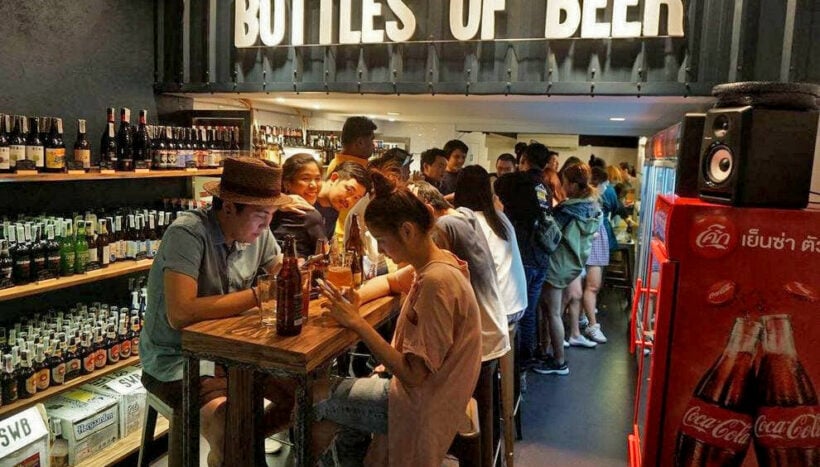 An alcohol business association is saying the latest round of restrictions and closures on pubs and bars could cost the industry and businesses 9 billion baht.

The Thai Alcohol Beverage Business Association is railing against the Thai government’s policies as they restrict the operations and operating hours of tens of thousands of bars, pubs and clubs around the country. They claim the impact affects a million people’s lives who rely on the industry for employment.

The secretary-general of TABBA addressed his remarks speaking out against the closure of nightlife, bars, pubs, karaoke and the ban on alcohol consumption at restaurants. The Thai government has limited operating hours and imposed new restrictions on the country’s bars and nightlife venues. They’ve also banned the serving of alcohol at restaurants during this current outbreak of cases sweeping the central part of Thailand, including Bangkok.

The Thai government has not yet responded to TABBA’s concerns.

The Association claims that the measures are “too strict” and would “hurt many small businesses” saying that Thai people were already struggling for the past year due to lack of tourism and patronage.

Thanakorn Kuptajit also estimated, depending on how long the restrictions and measures last, the alcohol industry could see the total value of the industry drop from 370 billion to 300 billion baht.

“If the ban on drinking alcohol at restaurants could not be lifted or if entertainment venues needed to stay closed that the government should consider a temporary relief on a law passed December 7, 2020, that banned online sales of alcohol in Thailand.”

At the time the government introduced its ban on online sales of alcohol, the new Covid-19 outbreak, which became apparent on December 20, starting around the Samut Sakhon fishing markets, was another 2 weeks away.

“The industry and small business owners should have the opportunity to provide takeaway service and that they were ready to comply with best practices like checking identification and ensuring people purchasing were of legal age.”