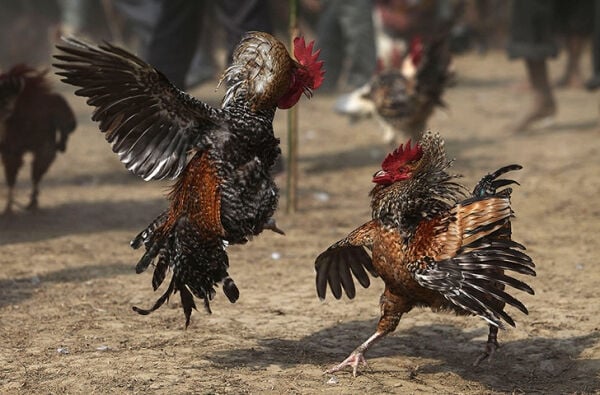 Covid-19 cases linked to 2 cockfighting arenas in the central province Ang Thong have spread to neighbouring provinces, according to the Centre for Covid-19 Situation Administration. Cockfighting is now temporarily banned in various provinces to prevent the spread of Covid-19.

Out of the 38 cases linked to the cockfighting areas, 68% of the cases are asymptomatic, according to the CCSA. 30 of cases were detected in Ang Thong, which is 100 kilometres north of Bangkok, while 3 cases were reported in Ayutthaya, 3 cases in Sing Buri, 1 in Nonthaburi and 1 in Suphan Buri.

The centuries-old blood sport is legal in Thailand. Cockfighting draws large crowds who often gamble, which is illegal.