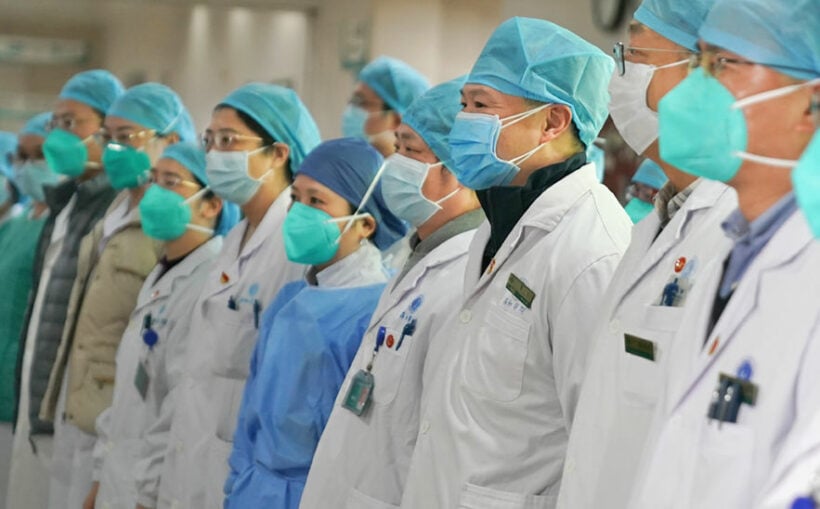 Singapore, which has imposed tough measures to slow the spread of the virus, including six months in jail for people who intentionally stand close to others, cancelled the passport of a citizen who breached his mandatory quarantine period.

The 53 year old man had been ordered to stay home for 14 days after returning to Singapore from neighbouring Indonesia, a rule he then broke by making a return trip over the border.

Australian PM Scott Morrison says there has been a 75% surge in Google searches for help during the current nationwide shutdown of non-essential services to curb the spread of the disease.

Associations around the world that help victims of domestic violence fear a massive increase in cases as the stress caused by social isolation exacerbates tensions.

China reported 45 new infections yesterday, all but one of them imported. That compares with 54 cases Saturday, all of which were imported. After taking strict and harsh measures to bring the virus under control domestically, China is now doing the same to prevent imported infections.

China announced last week it would drastically reduce the number of international flights into the country and banned foreigners from entering beginning last Saturday.

New Zealand has announced its first coronavirus death: a woman in her 70s with an undisclosed chronic underlying condition. There are currently 589 confirmed cases in New Zealand, with 75 new infections reported over the past 24 hours.

The move proposed for the capital and surrounding areas is to curb the spread of the coronavirus.

Indonesian President Joko Widodo called for “more decisive steps” to restrict people’s movement at a cabinet meeting on Monday, saying firm actions are “needed to break the chain of distribution of coronavirus.” The President didn’t spell out what additional curbs were required with the capital already being placed under an emergency status and schools, cinemas and entertainment spots closed for about two weeks.