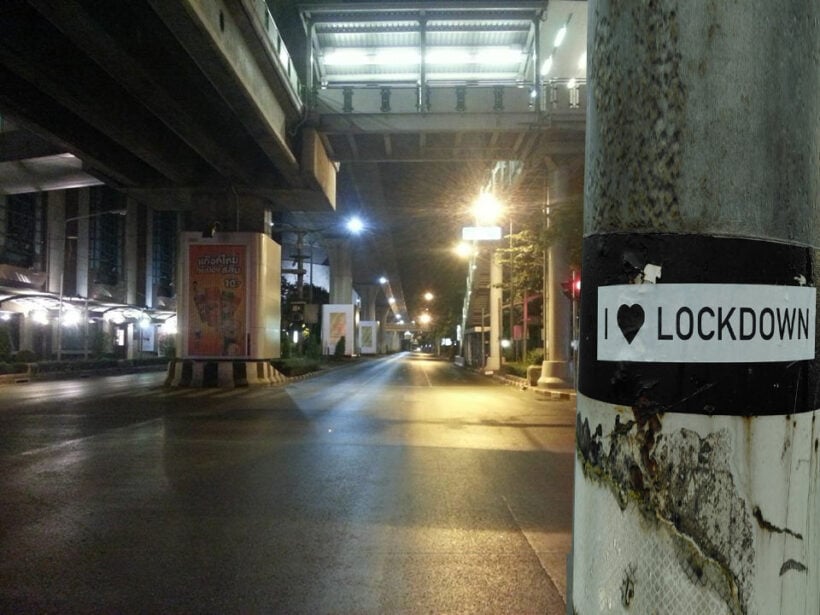 The CCSA announced yesterday sweeping new Covid-19 lockdown measures for Bangkok and surrounding provinces, as well as 4 southern provinces, and now people and businesses are scrambling to prepare before provisions go into effect from now until Monday.

Airlines have quickly implemented emergency measures for domestic travellers to handle the wave of cancellations and rescheduling due to Bangkok and other provinces locking down and AirAsia quickly walked back an immediate suspension of flights and agreed to delay for 2 days to avoid stranded so many travellers. Koh Phangan, preparing for its reopening as part of the Samui Plus programme, has tightened up entry procedures for travellers from dark red zones like Bangkok, now requiring a 5,000 baht RT-PCR test instead of the cheaper rapid tests.

But in an effort to avoid widespread national outbreaks that followed the last Bangkok semi-lockdown measures as residents fled to their hometowns to avoid strong restrictions in the capital city, officials are urging people to refrain from any unnecessary travelling. The Centre for Covid-19 Situation Administration announced restrictions of travel between provinces to try to stop people from moving around and spreading infections.

In the new disease control measures for the 4 southern provinces of Narathiwat, Pattani, Songkhla, and Yala as well as Bangkok and the 5 surrounding provinces of Nakhon Pathom, Nonthaburi, Pathum Thani, Samut Prakan, and Samut Sakhon, a curfew announced at first at 10 pm was quickly revised to 9 pm to 4 am nightly. Public transportation will stop at 9 pm and resume at 3 am and night markets, convenience stores, pharmacies, general stores, supermarkets, and vaccination centres must close at 8 pm.

Shopping malls will be closed except for the shop types listed above that can open instead until 8 pm. Restaurants can continue takeaway, also until 8 pm, but dine-in services are forbidden. Beauty salons, massage parlours, spas and similar are considered too high risk and must completely close, as bar and entertainment venues have for several months.

Public parks avoided closure this time, something that had frustrated many residents during previous Bangkok lockdowns measures, as many felt exercise and fresh air in open outdoor parks posed a very low risk of Covid-19.

Aside from religious events, traditional activities and official business meetings, all gatherings of 5 or more people have been banned. People are reminded that wearing masks in public and social distancing at work and home and in public is still required at all times.

Checkpoints and patrol units will be in Bangkok enforcing laws and curfew measures from 6 pm onward starting today, citing anyone out between 9 pm and 3 am unless they are medical or utility workers travelling to work, or someone needing medical treatment en route to a hospital. Anyone in violation could be charged under the Communicable Disease Act and the Emergency Decree, where the harshest punishments include up to 40,000 baht in fines and 2 years in prison.

All Phuket schools closing for 2 weeks amid Covid-19 fears