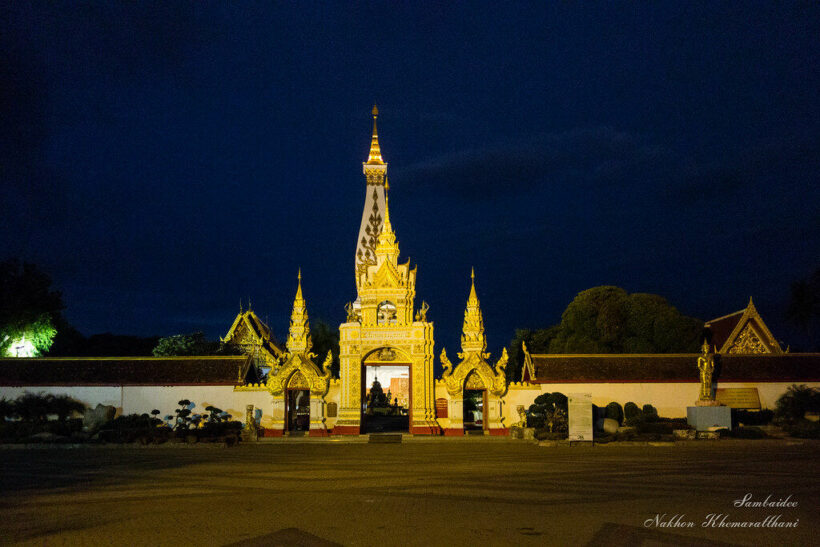 The customers were from an entertainment venue cluster in the Muang municipality, where an employee was infected from visitors who arrived from high-risk provinces. The local government is asking those who frequented the venues from April 4 to 12 to take a Covid test at the provincial hall, where a testing station is open until April 22.

As part of the nationwide measures that were implemented last Sunday, all entertainment venues in Muang district have been ordered to close for 2 weeks and be disinfected. Other popular tourist areas in 12 districts of the province have been temporarily shuttered. Those include: Lan Phaya Srisatta Nakharat, or the Naga monument in Muang district and Wat Phrathat Phanom Voramahaviharn in That Phanom district. Those arriving from any of the red zone provinces, must report to authorities and self-quarantine. The province’s 12 districts have set up field hospitals, offering more than 300 beds to anyone infected.

The new, nationwide measures that came into effect on Sunday include:

Thailand’s CCSA has reported a total of 1,390 new Covid infections today, tallied from Thailand’s 77 provinces in the past 24 hours. The tally is a welcome drop in new case reports after the last 5 days’ record levels of new infections. Yesterday there were 1,767 new infections reported by the CCSA.