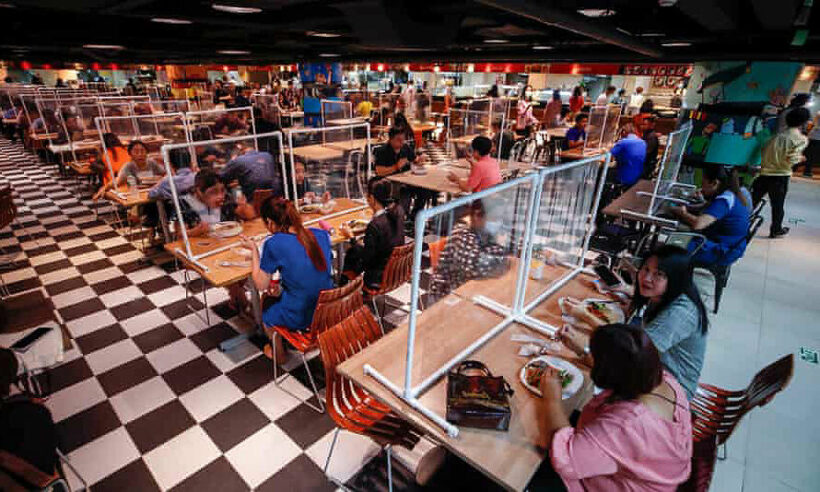 Thailand’s CCSA has reported a total of 1,390 new Covid infections today, tallied from Thailand’s 77 provinces in the past 24 hours. The tally is a welcome drop in new case reports after the last 5 days’ record levels of new infections. Yesterday there were 1,767 new infections reported by the CCSA.

3 more people have died of Covid-related illnesses, 14,851 people remain under state supervision. Bangkok had 293 new infections and the surrounding provinces 210.

Thailand’s total has now reached 43,742 people since the start of Thailand’s outbreak on January 13 last year. Only 6 of today’s new infections were imported. 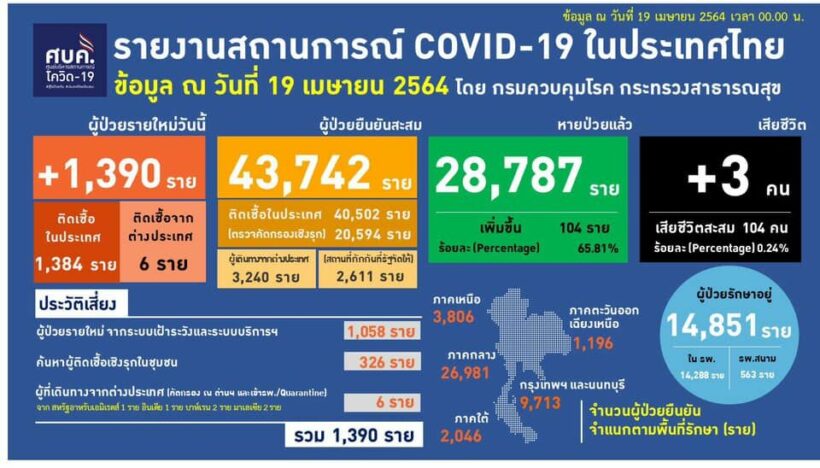 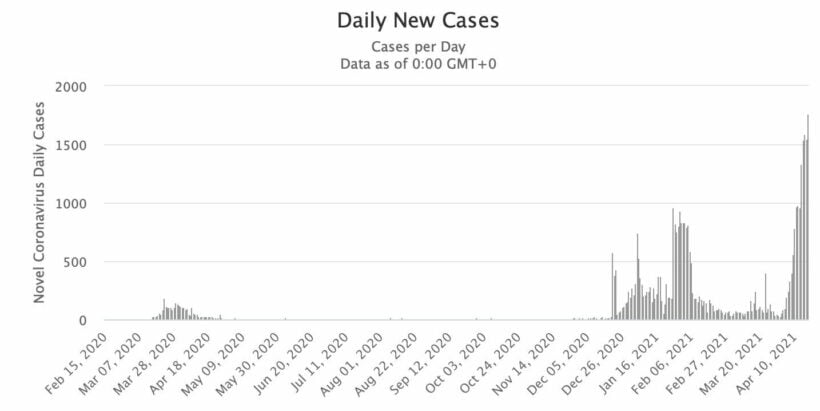 Meanwhile, the next school term, scheduled to kick off again next month, could be deferred until June due to the current situation. Thai Education Minister Treenuch Thienthong says the proposed postponement will be discussed with the Office of the Basic Education Commission today.

The Ministry of Interior has just updated their ‘List of Provinces with Entry Restrictions’ bringing the new total to 47. The message from the government is that if you’re in the red zone you should try and stay. At least not leave your province. 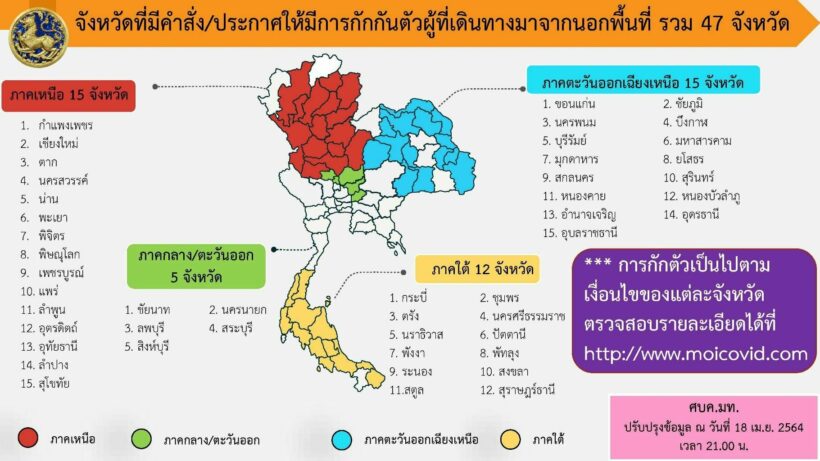