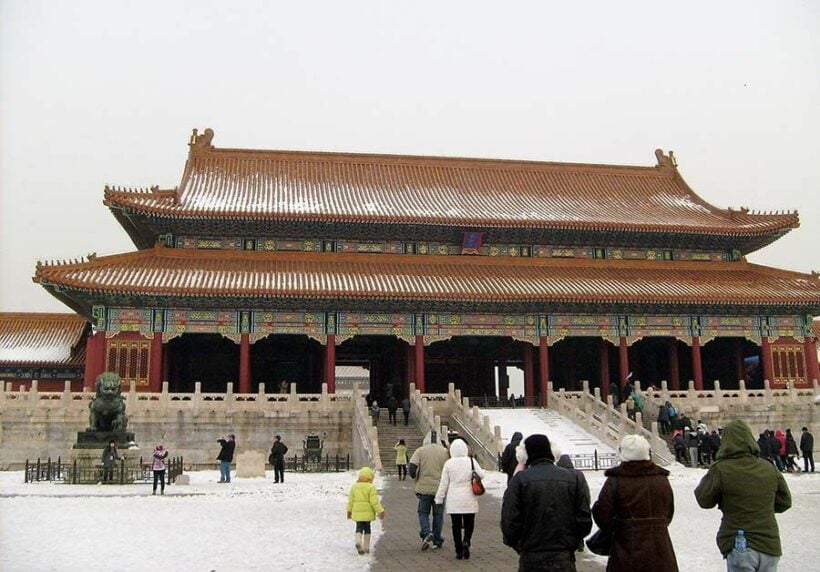 China’s previous Covid peak had been around 28,000 cases when Shanghai was locked down.

Virus cases are being recorded in 31 provinces.

Officials have tried to avoid another lockdown like that in Shanghai, but with the recent coronavirus surge, China’s central city of Zhengzhou plans to enforce a lockdown for six million residents from Friday, according to officials.

On Tuesday, Macquarie’s Chief China Economist Larry Hu said that “China might have already passed the point of no return.” Hu noted that China was unlikely to achieve zero Covid again without another hard lockdown similar to Shanghai.

The surge comes as China’s zero-tolerance approach to the virus is becoming increasingly unpopular. In a country known for its restrictions on dissent, protests have broken out.

In May this year, the European Chamber of Commerce in China announced today that nearly a quarter of respondents in a survey were considering moving current or planned investments out of China. Some 92% of the respondents said they had been negatively impacted by China’s recent port closures, decreased road freight, and rising sea freight costs. Meanwhile, the lockdowns in 43 cities involved tight restrictions on movement for locals, according to one financial services group.

In March this year, it was reported that over 130 million Chinese people aged 60 and above were either unvaccinated or had fewer than three doses. China’s Sinovac vaccine was found to be less effective at preventing death from Covid among the elderly than BioNTech/Pfizer unless they received three shots.

The vast majority of Chinese people have been jabbed with either Sinovac or Sinopharm, which researchers said also required a triple dose.

Soidog
38 minutes ago, EdwardV said: Two problems with that. First Thailand didn't spend two years telling the world its method was better than that used by the west. They didn’t politicize zero covid. Second Thailand had no problem importing Western…
HolyCowCm
Well, the longer XI and his CCP goons keep it locked down then the longer CM is safe from being over-run from their masses again. I kind of  feel sorry for the people at how CCP conrolled and monitored they…

Rookiescot
On 11/24/2022 at 5:31 PM, Poolie said: 90% asymmetric, but don't let the chance for  dig pass you by, Thaiger. 😑 Well it is no wonder China is worried about covid and its potential. After all China invented it.

Soidog
If only all of this resulted in pain to the CCP but it doesn’t. It’s the poor unfortunate everyday people who have to suffer.
Grumpish
49 minutes ago, Rookiescot said: Well it is no wonder China is worried about covid and its potential. After all China invented it. "Doctor" John Campell - Nurse, PhD is in nursing education. Crank. Actually I do think that the…