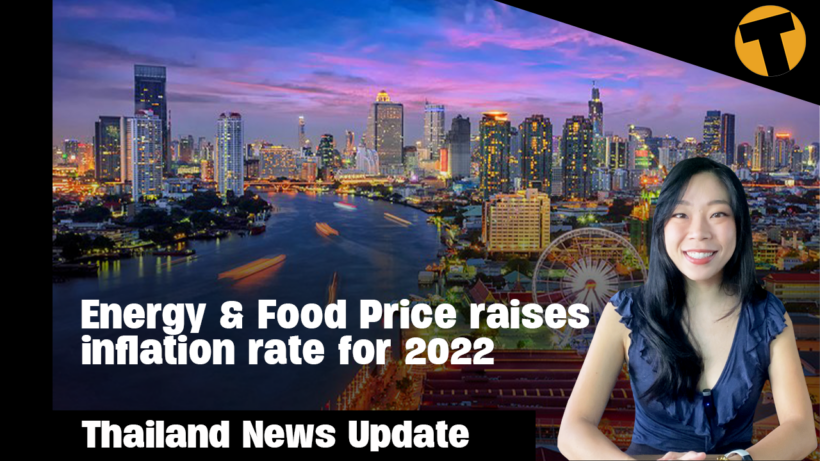 The body of the Iranian tourist who went missing on Tuesday after a white water rafting accident in Phang Nga province, just north of Phuket, has been found. Police are now investigating everyone involved in the incident.The 42 year old was white water rafting in Song Phraek with his four friends and two tour operators when their rubber boat hit a rock and capsized.A search party of more than 200 people searched for the man’s body, which was found yesterday around 2 kilometres away from the scene of the incident. His body is now at Phang Nga Hospital awaiting the results of an autopsy to determine the cause of death.The man’s widow also travelled with the group but did not go white water rafting. Police are questioning everyone involved including the tour operators who took the group out on the river.

A homemade bomb packed with gunpowder, nails, and steel bolts exploded, and nine undetonated bombs were found, on a main road in eastern Thailand’s Rayong province. The blast caused minor damage to the road but no one was injured. The nine other bombs were defused yesterday by the province’s Explosive Ordnance Disposal team.One bomb being defused caused a big blast, hurling the tire surrounding it high up into the sky above a rubber tree. The team moved the eight other bombs to an area around a kilometre away to destroy them as well.The bombs were found lying on the four lane-wide Choeng Noen – Chakok road in Rayong. A witness said he heard an explosion around midnight on Wednesday night and saw a cloud of white smoke when he went outside to look and called the police.The bombs, wrapped in black masking tape, were identified as homemade bombs and, if detonated properly, can be fatal, according to the head of the EOD squad.Police are investigating.

The International Festival and Event Association of Asia has named the Pattaya International Fireworks Festival one of three “major marine tourism festivals in Asia”.Pattaya’s city manager saysy that almost 20 countries participated in the international firework competition. The Pattaya festival was then selected for the final round.The festival is held every year in Pattaya, usually later in the year, and lasts for two days. The Tourism Authority of Thailand describes it as one of Pattaya’s “most spectacular and exciting events”.In November last year, the festival happened under strict Covid-19 measures.The city mayor says Pattaya city will continue to improve the festival, as well as other events in Pattaya, so they can try and receive the top honour next year.

A taxi driver, accused of robbing a tourist and leaving him at a petrol station, told police that he never left the tourist, claiming he was in the restroom the entire time.The driver was taking two people from the Ubon Ratchathani International Airport and had stopped at a petrol station to use the restroom and a short break.When the two travellers came out of the convenience store, they didn’t see the driver anywhere. Reports say they waited 10 minutes before calling the police. The tourist’s luggage, passport, tablet and phone were still in the taxi.But the 62 year old taxi driver met with police today, saying he needed to poop and had parked the taxi by the restroom because he wore an artificial leg and didn’t want to walk far.He told police he spent about 10 minutes before taking the taxi back to the same spot where he had dropped the tourists off, but he couldn’t find the passengers.After waiting, he even drove to the passengers’ destination in the Khemmarat to see if he could find them.It turned out he was an unregistered taxi and he shouldn’t have been picking up passengers at the airport. The passengers have been re-united with their luggage and valuables.

A huge fire has destroyed more than 30 shops at the Prachinburi Town Municipality Market yesterday. The fire reportedly destroyed properties valued at more than 100 million baht.No injuries and deaths were reported, and volunteers rescued seven bedridden local residents who lived in the area where the fire broke out.Officials were first alerted about the incident at 5pm on Wednesday. But due to strong winds, the fire expanded to nearby areas, and across the street. 30-40 fire trucks were deployed, and it took them three hours, until 8pm, to put out the fire.Witnesses say gas explosions could be heard periodically and that one of the properties damaged was a pharmacy.

The Bank of Thailand has skyrocketed its inflation rate forecast for 2022 to nearly 5% from 1.7% because of the surge in energy and food prices attributed to supply shortages caused by the Russia-Ukraine war and global inflation.Headline inflation is projected to be 4.9% in 2022, higher than the central bank’s earlier inflation target of 1 – 3%.The central bank has also cut its 2022 GDP growth forecast from 3.4% to 3.2% and also slashed the 2023 projections.Economists say the short-term outlook has the inflation rate continuing to increase in 2022, but believe it should decline for the medium to long term, over the next 3-5 years.Other economists are saying the data doesn’t include a lot of daily staples and that the actual inflation rate in Thailand is probably much higher.

A woman who claims she had “black magic in her private parts” for 25 years has finally had the evil spirit expelled by exorcists in central Thailand’s Ratchaburi. A somewhat disturbing clip circulating online displays the exorcism for a woman who claimed that her nether regions had been possessed by an evil spirit for 25 years. She described the spirit’s presence as “torture.”The exorcist, and his student, pressed a “ghost chasing baton” on the woman’s private areas – while she was fully clothed – in an effort to expel the spirit.The exorcists was chanting the Pali spell “Wessawa Putsa.. Wessawa Putsa…” in an attempt to oust the black magic from her body. The student was also helping, telling the spirit to “get out! get out!”, but the stubborn spirit didn’t seem to want to leave.The exorcist then put his hand on his student’s head, as if to channel more power through him. After what looked like a painful 14 minutes, the bad spirit finally found something better to do.Netizens as questioning whether the exorcism was a form of sexual harassment. However, the exorcist and woman confirmed they both consented to the ceremony, and the woman can be heard thanking the exorcists for helping her.The woman previously lived in Denmark but said the medical help she sought there didn’t get rid of the torturous spirit. Desperate for help, she travelled to Ratchaburi, Thailand to have the spirit successfully driven out by the exorcists.