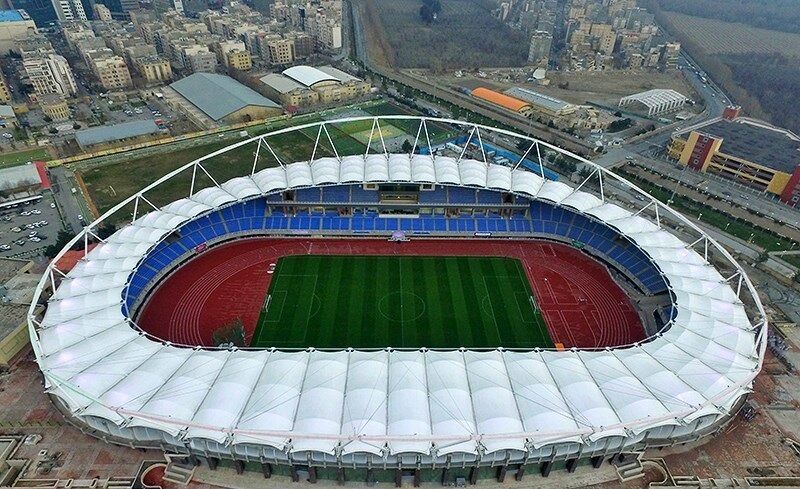 Iran's Imam Reza Stadium in Mashad, where women were banned on Tuesday, photo by Wikipedia

Women in Iran still can’t enjoy watching football matches at the country’s stadiums. On Tuesday, about 2,000 women who bought tickets for the World Cup qualifier against Lebanon went to a stadium in Mashad, but couldn’t enter, according to Iranian media.

The Islamic republic has banned women from sports stadiums since its government came to power in 1979. Since then, religious clerics have held political power in Iran. Clerics argue that women shouldn’t see men wearing revealing athletic clothing. But after this recent incident, some officials are speaking out in disagreement.

Iran’s attorney general Mohammad Jafar Montazeri spoke about the stadium ban on the radio. He said that if women were allowed to buy tickets, then a “suitable” place had to be found for them.

The governor of Mashad told Iranian media he was sorry to the many people who couldn’t enter the stadium.

In 2019, FIFA threatened to suspend Iran from competitions after one woman died from setting herself on fire after she dressed as a man to watch a football match, and was arrested. After she learned she could spend six months in prison, she set herself on fire.

Iran severely restricts women’s rights in many ways. The country still maintains a dress code requiring women to cover their arms and legs, and wear headscarves. It’s illegal in Iran for women to voluntarily sterilise themselves, since the government wants to promote “traditional” families. Women cannot leave the country without their husbands’ permission. Several activists who have spoken out for womens’ rights in Iran have been imprisoned, tortured, and killed by the government.

DoUKnowWhoIAm
45 minutes ago, Thaiger said: Clerics argue that women shouldn’t see men wearing revealing athletic clothing. Part of their strategy to prevent flodding.
MikeW
But it is ok for Iranian men to come here and ogle half naked Thai women what a bunch of hypocrites

TheDirtyDurian
4 minutes ago, MikeW said: But it is ok for Iranian men to come here and ogle half naked Thai women what a bunch of hypocrites Yet again, people mistakenly conflating government actions with the general populace's behaviour.

Noble_Design
12 hours ago, Thaiger said: Clerics argue that women shouldn’t see men wearing revealing athletic clothing. The clerics are worried that Iranian women will all be doing this: