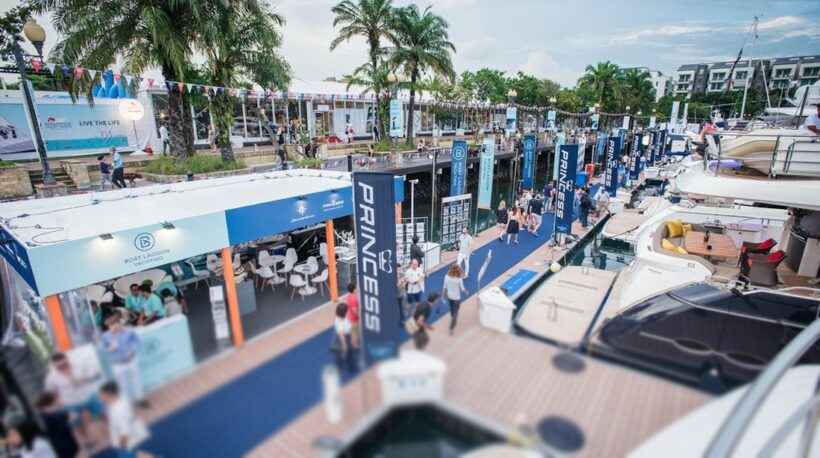 The local boating industry’s been calling for it for years – a single boat show to showcase the best of Phuket and Thailand’s boating opportunities, destinations and marine lifestyle.

In a joint statement issued today by Andy Treadwell, CEO of Verventia, owner of the Singapore and Thailand Yacht Shows, and Gael and Olivier Burlot, owners of Asia RendezVous, organisers of the Phuket, Penang and Singapore RendezVous events, it was announced that the two companies have agreed to collaborate by jointly producing only one show in Thailand and one in Singapore – the destination hub and the business hub, respectively, for the yachting industry in South East Asia.

The move was precipitated by a request earlier in the year from the Tourism Authority of Thailand (TAT) to gather the industry together in one major event in Thailand so as to demonstrate united support for the government’s yacht tourism initiative.

In essence, after a three-year campaign spearheaded by the Thailand Yacht Show, the Thai government has agreed to change some of the prohibitive yachting regulations and allow foreign yachts to charter in Thai waters – effectively opening up the ASEAN cruising grounds to superyachts from overseas for the first time. This initiative is now in its final stages, with the Thai Marine Business Association (TMBA) working with the Ministries of Finance and Transport to work out a business model for collecting VAT on charter income, rather than on the value of the yacht itself.

Andy Treadwell (centre) , CEO of Verventia, owner of the Singapore and Thailand Yacht Shows, and Gael and Olivier Burlot from Asia Rendezvous.

At the same time, the yachting industry has been vocal for years that there should only be one boat show in each strategic location and has requested just such a “get together”. The two show organisers acknowledge that they have different yet complementary strengths and skill sets that, combined, will create bigger and better single events in each country. Similarly, with their joined-up resources and budgets, they will be able to activate an aggressive and far-reaching promotional plan that should draw many more potential buyers and charterers into the market.

Andy Treadwell explained: “It’s a classic example of the whole being greater than the sum of its parts, from every point of view. The TAT, our partners and main sponsor of the Thailand Yacht show, asked us to try to get everyone working together instead of competing and dividing the industry. The major industry players asked us to do exactly the same thing. Gael and Olivier have a great work ethic, an excellent region-wide digital and print media platform, and a direct line to the luxury lifestyle industries – which is a good complement to any kind of yacht show.”

Gael Burlot added: “We feel it’s a good time and a good place to get everyone working together – the luxury industries are coming out of a challenging period, and things are looking better and better, while the yachting industry should now be in a position to dramatically expand in the Asia-Pacific region. All our efforts over the last 15 years to promote the industry and educate a growing audience of prospects in Asia are paying off; so is the hard work Andy and his team have been doing with the regional governments to open up Asia to yacht tourism – an initiative we want to support and fully be part of. Exciting times ahead!”

The trick will be to select a venue to stage the Thailand event. In recent years the Phuket Rendezvous was held at Royal Phuket Marina and the Thailand Yacht Show at Ao Po Grand Marina. Both have advantages and disadvantages for staging such a big show – RPM is hampered by the size of vessel that can get into the marina; Ao Po Marina is just a long drive for visitors to attend. And then there’s always Pattaya which will surely be lobbying the TAT for a bite of the boat show cherry.

The Thailand Yacht Show & Rendezvous will take place from  January 4-7, 2019, with the venue to be confirmed shortly in conjunction with the consensus of industry opinion. The Singapore Yacht Show Rendezvous will replace the current Luxury Pavilion at SYS 2019, which will run from April 11-14. Chiang Mai wakes up to floods this morning