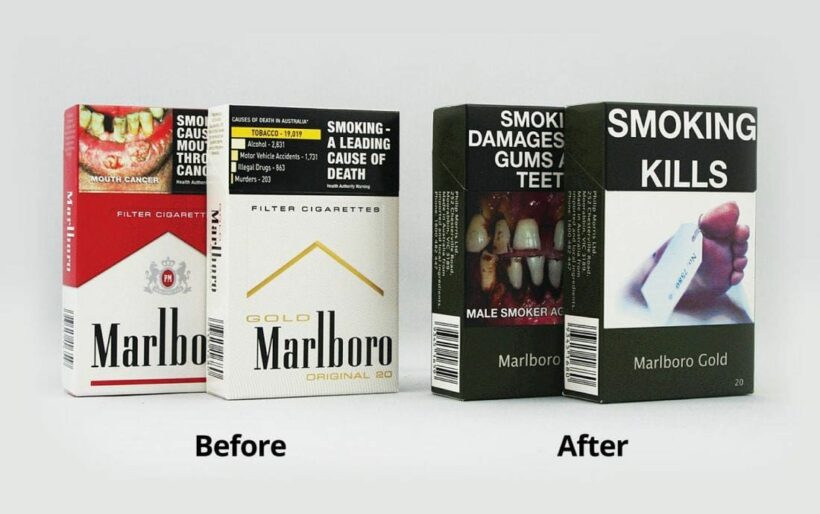 Thailand has earned praise from The World Health Organisation over its latest efforts to make smoking less enticing. They commended the roll-out of “plain” cigarette packaging this week. Cigarette packets are now much less attractive under the new regulations approved by the National Tobacco Products Control Committee.

But the new “plain’ packaging is anything but plain, including graphic images of the hazards of smoking, and no cigarette company logos (with the name in a plain font). The new standardised packaging became compulsory on December 9.

The head of the Department of Disease Control says Thailand’s stance against promoting tobacco “drew praise from the international community at a health conference in Bangkok”.

“Thailand is the first country in Asia to introduce plain packaging for cigarettes, demonstrating the country’s efforts to promote public health and well being.”

Shops now found selling packets with the old packaging can be fined up to 40,000 baht under the law.

Kratom leaves to be declassified as a narcotic