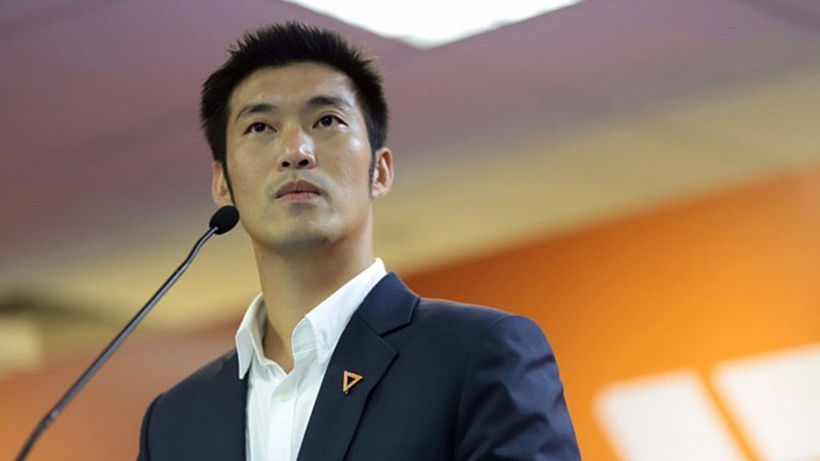 “The party’s 80 elected MPs would be then be free to join other parties.”

The Election Commission is poised to approach the Constitutional Court to disband the Future Forward Party, saying party executives accepted donations from an illegitimate source. It’s the latest move to officially discredit the party that made surprise inroads in its first outing at last March’s election. It’s leader Thanathorn Juangroongruangkit ended up a handful of votes away from being the elected PM in the new parliament.

The “illegitimate source”, according to the EC, was FF party leader Thanathorn, who lent the party 191 million baht in January in the lead up campaign.

If disbanded, the party’s 15 executives, including Thanathorn, who was removed as an MP last month, secretary-general Piyabutr Saengkanokkul and spokesperson Pannika Wanich, could be banned from politics for a decade.

The party’s 80 elected MPs would be then be free to join other parties, and the court could suspend the party’s operations while deciding whether to dissolve it entirely, according to Bangkok Post.

The Election Commission claim that Future Forward is in violation of the Political Party Act, prohibiting political parties and their executives from knowingly “accepting cash, assets or other benefits” from an illegitimate source.

Thanathorn told a forum at the Foreign Correspondents’ Club in May that he had lent almost 200 million baht to the party. He declared the loan in his asset declaration, naming the party as a debtor.

But the admission attracted the attention of activist Srisuwan Janya, aka. Thailand’s “complainer-in-chief” by local media. Srisuwan filed a petition with the EC to investigate whether the loan was legal.

Section 66 of the Political Party Act refers to donations, not to loans…

“No one may donate cash, assets or other benefits worth more than 10 million baht to a political party.”

Thanathorn says the charges are spiteful and “politically motivated.” He says he listed Future Forward as his debtor for 191.2 million baht in two loan contracts signed by himself and party financier Nitipat Tampairoj, who acted as the borrower.