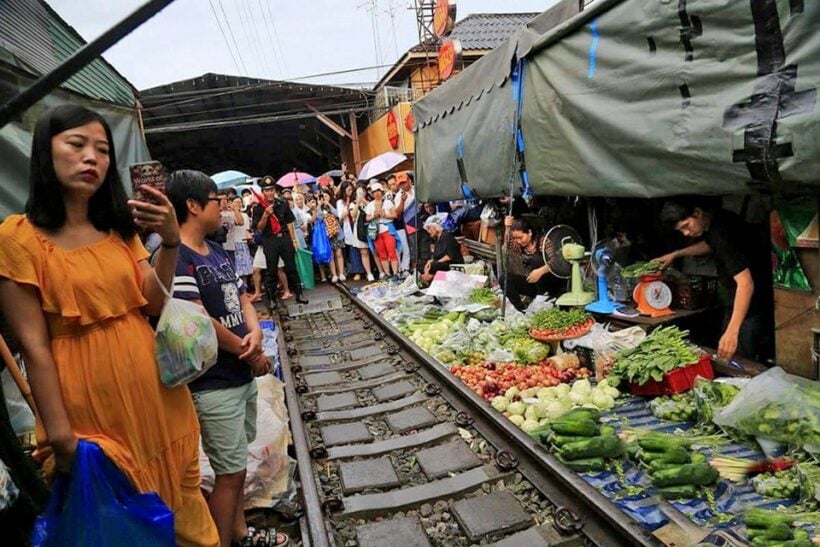 Vendors at Mae Klong, also known as Rom Hup – one of Thailand’s landmark markets – have defended its quirkiness and surroundings after coming under criticism online.

They have spoken up to defend the world-famous market after several foreigners made critical comments on a BBC News video clip titled “The train that drives through a market”.

Uploaded on YouTube on Thursday the clip features Thailand’s most famous fresh market, in Samut Songkhram province. This market is usually referred to as “Rom Hup” (folding parasols) because vendors fold parasols over their railway-side stalls whenever a train moves past. 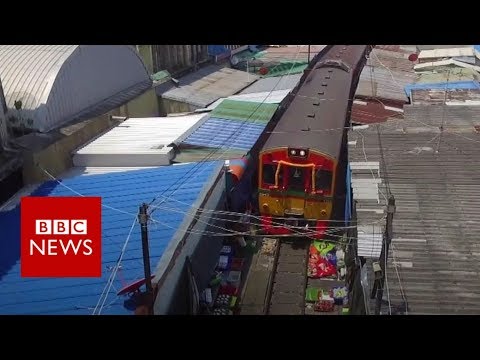 The market sells various kinds of food and agricultural produce. But as part of the unique character and location of the market, some trays remain partly under a moving train when it slowly moves past.

“And that dust under the train must shower over the food.”

Another foreigner complained about the risk of accidents given customers’ and tourists’ proximity to moving trains. Chokchai Kijrak, a dried-seafood vendor at Rom Hup Market, said foreigners should first visit the market before criticising it.

“They should come here to take a look. Vendors have kept the market very clean. You won’t see any litter,” he said.

He urged foreigners to understand local culture and ways of life. Boonkerd Pasee, who sells limes at the market, described Rom Hup as unique.

“That’s why it attracts a huge number of tourists,” she said. She also lamented that in fact it was tourists who hurt trade at the market because their presence has made the market too crowded.

“And I must say most tourists don’t buy fresh produce,” Boonkerd added.

“It’s not the State Railway of Thailand that has opened this market,” he said. He said the market was in fact cleaner and safer than ever before.

“We have also revamped our railways,” he said.

Decha Singsakul, a tour guide, said he had brought numerous tourists to Room Hup. “No one has complained about the market. They only say this place is amazing, something they have never seen elsewhere,” he said. Decha said the number of tourists to Rom Hup had been rising every year.

“If you think the market smells, you probably don’t understand that every fresh market carries the mixed odour of fresh vegetables, fruits and meat. It’s not a dirty smell,” he said.

On time – cultural differences in being punctual