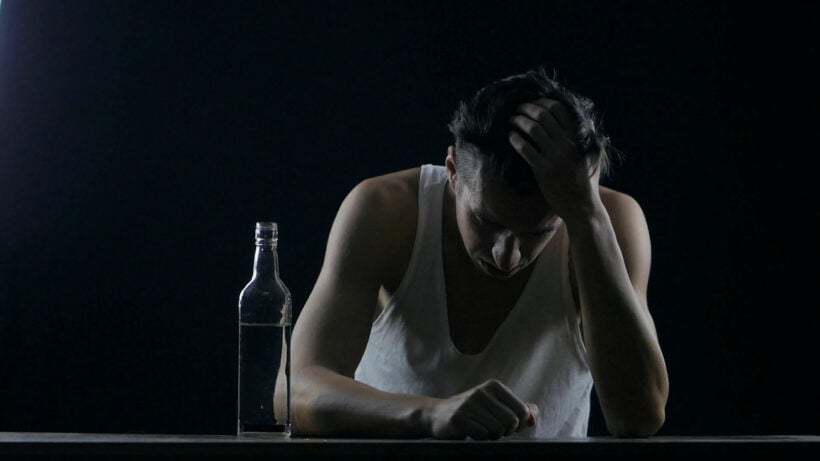 Yesterday experts announced that up to 100,000 Thais who have become seriously dependent on alcohol are at risk during the nationwide booze ban. The ban on alcohol sales was imposed in order to minimise large gatherings and also to curb coronavirus related infection risks, especially during the traditional Songkran celebrations.

According to the director of Centre for Alcohol Studies at Prince of Songkla University, Sawitri Assanangkornchai, the withdrawal symptoms can include high fever, nausea, profuse sweating, seizures, and severe anxiety.

“These people must be monitored. If the situation is severe, then the person must go to hospital.”

“Drinking alcohol, even when done alone, weakens one’s immune system and makes people more prone to being at risk of coronavirus infections and other illnesses.”

“Around 1 million Thais are estimated to be “dependent on alcohol”, and as many as 10% of those are considered to be severely dependent and could experience withdrawal symptoms as soon as six hours or up to 3 days after their last drink.”

“Those severely dependent on alcohol should not stop drinking right away instead, they should seek to drink less and less, and eventually stop altogether, to reduce stress on the body and mind.”

Thailand has a high level of alcohol-related domestic violence and alcohol abuse and drunk driving are a leading contributor to the country’s horrendous annual road toll.

According to Sawitri, one man in Buriram is believed to have died due to alcohol withdrawal symptoms over the weekend.

And in Nonthaburi yesterday morning a construction worker climbed a tamarind tree reportedly because he could not buy alcohol for his daily consumption. Rescue workers spent an hour trying to talk him down. The man eventually fell down and was taken to a police station for questioning and treatment.

Sawitri sees this national ban as an opportunity to reduce the number of people who are dependent on alcohol, such as limiting hours of sales and also limiting the amount of alcohol you are allowed to purchase at one time. She noted that compared to other nations like China, Japan, and South Korea, Thailand’s level of alcohol consumption is still far lower.

Here is the contacts, in English and Thai, for the Thai branches of AA.