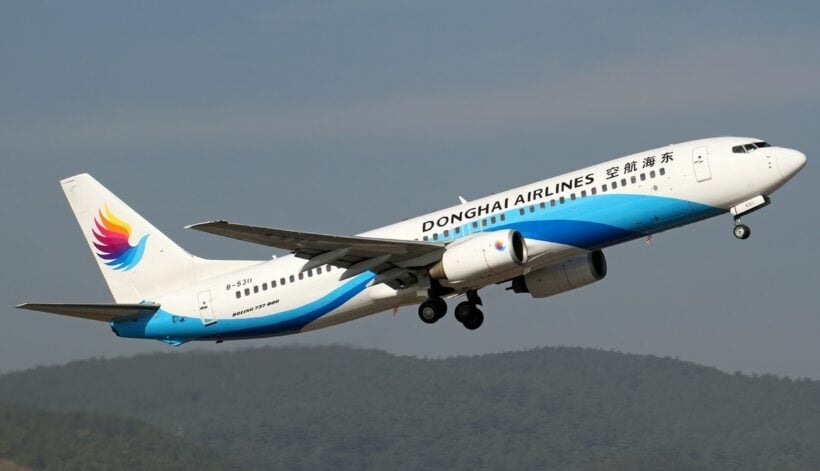 Donghai Airlines is flying from Wanzhou to U-tapao, while Kunming Airlines is launching a service from Kunming this July.

Wanzhou city is on the upper reaches of the Yangtze River in China with a population of a round 1,75 million residents. Wanchou district borders Sichuan to the northwest and Hubei to the southeast.

Owned by Sichuan Airlines, Donghai Airlines is also expanding with a flight to Darwin, Australia as well as U-tapao in Rayong, Thailand. The airline is aiming to expand its fleet to 120 aircraft by 2025, including Boeing 787 Dreamliners, additional Boeing 737-800s and Boeing 737 MAX aircraft.

The flights are on Monday, Wednesday and Friday and geared to the holiday package market in Kunming, the capital of Yunnan province.

Yunnan  is the closest Chinese province to Thailand sharing a border with northwest Laos near the town of Luang Namtha. The Chinese province was a founding member of the Greater Mekong Sub-region Tourism Working Group along with five countries – Cambodia, Laos, Myanmar, Thailand and Vietnam.