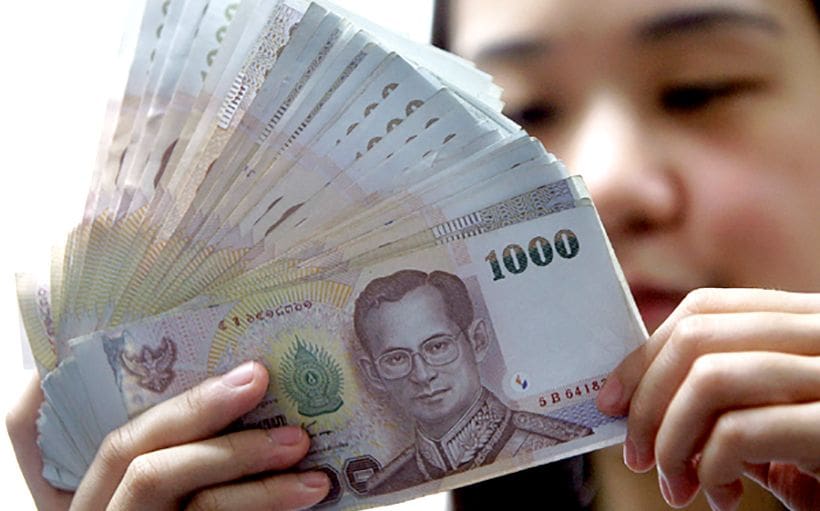 An estimated 77.5 per cent of Bangkokians are in debt and 53 per cent admit to have fallen behind in repayments. This, from a survey by Bansomdej Poll in collaboration with the Foundation for Consumers (FFC)’s Chaladsue (Smart Buyer) magazine.

The poll of 1,171 people conducted between August 24-28 this year found that out of the indebted respondents (most of whom had debts even before this year), 37.6 per cent were in debt for housing, followed by car payments (28.2 per cent), loans with illegal money-lenders (18.8 per cent) and loans with banks (17 per cent).

The three most-cited loan sources were commercial banks (36.4 per cent), finance/leasing companies (16.7 per cent) and loan sharks (15.3 per cent).

Some 53 per cent admitted to missing repayments.

About 22.8 per cent of the in-debt respondents said they had been subject to lawsuits and asset seizure over unpaid overdue debts.

As for their awareness about the Thai government’s measures to aid the creditors, 40 per cent of the respondents said they knew about new loan sources such as The Bank of Thailand (BOT) Debt Clinic, the provincial-level “Pico Finance” loans under Finance Ministry’s supervision (to handle smaller cases and with loans not exceeding 50,000 baht) and the BOT-supervised “Nano Finance” loans for vocational aid (to handle larger loans up to 100,000 baht).

Narumon Mekborisut, chief of the foundation’s Consumer Rights Protection Centre, said Bangkok residents still didn’t have enough information to decide whether to partake in the government’s debt-tackling measures, including the Debt Clinic. Narumon cited Credit Card Debtors’ Club president Chuchat Boonyongyot’s comment in the magazine’s 209th edition (July 2018) that none had at the time passed strict criteria to use the Debt Clinic services.