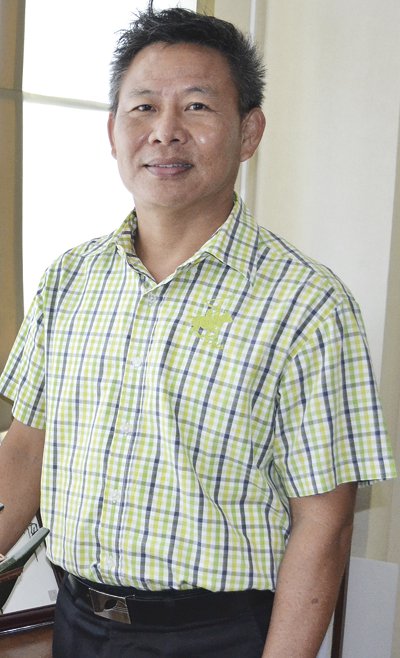 Smartly dressed and upbeat, Kawee exhales and furls his lips in a smile as he recalls growing up in Phuket in the late 1960s.

He remembers roaming the mottled streets of Old Phuket Town with his friends, surrounded by family members and a strong sense of community ties and traditions. These were instilled in him from an early age, although now, at the age of 49, he admits they weren’t such a high priority for him in those early years.

But with age has come wisdom and a change in values, and today, as President of the Old Phuket Foundation, Mr Kawee’s priorities have shifted. Preserving local traditions and restoring faith in the customs of bygone eras are not only his personal goals, but also a job requirement.

Having taken up the role seven months ago after a 16-year stint as a Phuket Town Municipality officer, Mr Kawee finds that effectively promoting his traditionalist message demands a high level of commitment, research and outreach work within the local community.

Mr Kawee was also one of the co-organizers for the 12th annual Phuket Old Town Festival that drew to a close two weeks ago.

“The event was a success, but I still think many people just come to buy things at the stalls and shops, instead of focusing on the exhibitions and listening to the academic readings. Those were the important elements of the festival,” he said.

A major boon for heritage preservation may soon be on the cards for Phuket following the announcement last month that the Senate Committee had asked the Culture Ministry to secure a coveted United Nations heritage listing for buildings in Old Phuket Town.

The help of property owners in the area plays a big part in preserving the town’s architectural heritage, Mr Kawee said.

“Current property owners in Old Phuket Town have agreed to keep their Sino-Portuguese houses, as best as they possibly can, to the way they were when their grandparents lived in them,” he said.

“The community has really started to realize how important the architecture is,” he added. That some of the dwellings have been turned into guesthouses is a positive development because both foreign and domestic tourists love to stay in the area, he added.

Although his grandparents migrated from Fujian, China in the early 20th century, he thinks of himself as a local through and through and points to future generations as the next stewards of history.

“If Phuket’s traditions disappear, the younger generation may not know who their ancestors were or where they came from. It is about history and educating the young,” he said.

“If we keep pushing our message through cultural events, we have a chance of preserving our heritage for future generations – but we need help, from everyone.

Phuket tourist trapped in a gutter