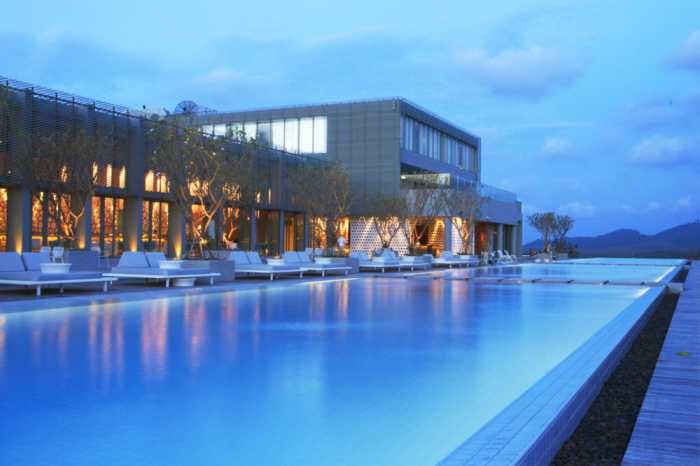 Setting a benchmark for excellence in the region’s property sector, the 2014 Thailand Property Awards welcomed more than 500 industry leaders to celebrate the winners at a lavish gala dinner held on September 11 at Bangkok’s Conrad Hotel.

“There were many exceptional entries for the 22 awards this year. The judges had a tough time in whittling down thousands of nominations, hundreds of entries and visiting more than 40 short-listed developments around the country to finally reach their decisions,” said Terry Blackburn, CEO of Ensign Media Co Ltd, the main organizer of the event.

“This year’s winners and Highly Commended developers and developments should be rightly proud of their achievements.”

The Thailand Property Awards recognize quality in architecture, design, construction and development, with rewards going to the best condominiums, housing developments, villas, commercial buildings and hotels. The fair, transparent and fully audited judging process, carried out by an international panel led by Chairman Sunchai Nuengsit, managing director of BuilderSmart PCL, was fundamental to the awards’ success.

As the industry evolves, so do the awards. Organizers this year focused on developers, development, design and architecture in residential and commercial real estate nationwide, including specific regional awards for Bangkok, Phuket, the Eastern Seaboard, Samui, Hua Hin, Chiang Mai and Khao Yai.

The Best Developer Thailand award – a list of past winners would read like a who’s who of Thailand’s real estate industry – this year went to Major Development PCL, whose more than 15-year track record of real estate development in the Kingdom is exemplary.

Recognizing the growing social and community responsibility that developers have, the Special Recognition in CSR award was introduced this year, and awarded to two companies who have excelled in the area: Magnolia Quality Development Corporation and Absolute World Group.

Started in 2006, the Thailand Property Awards has expanded Asia-wide, rewarding developments, consultants, architects and designers in China, Singapore, Malaysia, Indonesia, the Philippines and Vietnam, with the emerging industry in Myanmar to be added in 2015.

Property Update: Urban-style condo launched in the heart of Phuket