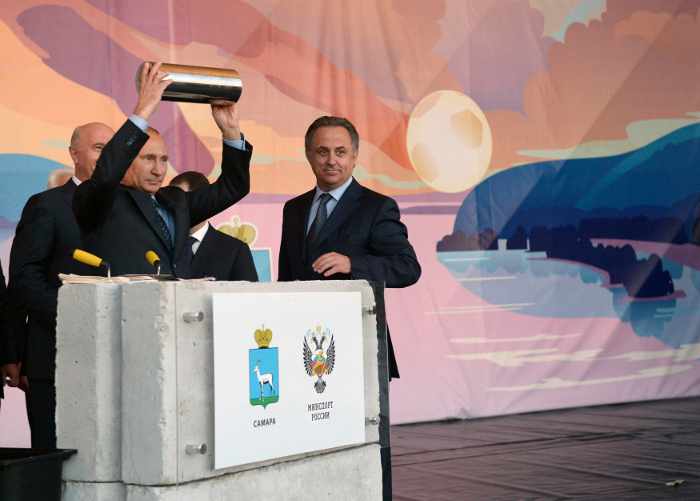 PHUKT: Russia has rejected a FIFA recommendation to cut the number of host cities for the 2018 World Cup from 11 to nine and stadiums from 12 to 10, according to Russia sports minister Vitaly Mutko.

“The plan that we will have 12 stadiums in 11 cities, which will host matches at the World Cup is not changing,” Mutko told the ITAR-TASS news agency on Tuesday.

“FIFA recommends that we should have 10 stadiums in nine cities, which include two arenas in Moscow. This week delegates from FIFA will visit us and we will be taking them to all the host cities. Tomorrow they will be going to Saransk.”

Mutko said if there was a decision to reduce the number of stadiums it would have to be taken within the next two months.

“If this question is not decided during their [FIFA’s] executive [committee] meeting in October then it will be too late to change anything, as we are planning to start construction of the stadiums in 2015,” he said.

After this year’s World Cup in Brazil, FIFA president Sepp Blatter said he was troubled it had cost US$11 billion (351bn baht) to stage and indicated Russia’s 2018 plans could be re-examined.

Mutko told reporters in Rio de Janeiro that Russia had allocated US$20 billion (638.2bn baht) to staging the 2018 finals.

“It’s obvious the World Cup has taken such a dimension that the organisation is hard work for the organising country and also for FIFA,” Blatter said at his final media briefing following Germany’s win over Argentina in the final.

“FIFA is looking at 2018 now and we are in discussions on what is the ideal number [of stadiums] for the organisation and to keep it in such a manner that it’s feasible, reasonable and controllable,” he said.

“We are not going to be in a situation as is the case of one, two or even three stadiums in South Africa [after the 2010 World Cup] where it is a problem of what you do with these stadiums,” Blatter added.