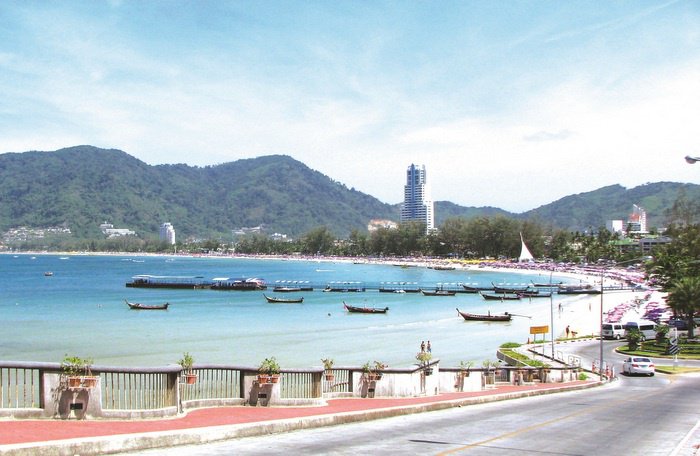 PHUKET: There is a war going on in Phuket. It’s not being fought on the street, or across the beaches, but in glittering hotel properties across the island. Both sides are squarely facing off against each other in trying to woo guests and conquer higher levels of occupancy and premium room rates. In this instance, the war is one between branded versus independent hotels.

Tracking the performance of hospitality assets here over the past decade, the market has experienced a series of volatile events ranging from the Asian tsunami, global financial crisis, political crisis and the latest being the Bangkok bombing. While the destination has been remarkable in recovery as has been demonstrated by the numbers time and again, there are both winners and losers in the hotel market.

On a broad pallet, our research has shown that branded hotels outperform non-branded offerings in a downturn. Of course generalizations are never wise in a business view, but the reality is that when rates soften to spur a return to normal, consumers tend to be sheep and flock to the known brands versus the unknown. I can hear the brand men licking their lips in anticipation as I type this.

That said, Phuket has a number of star war superstars who have bucked the trend, broken away from the flock and are often admired, yet hated, by the brand set. Twinpalms comes to mind with their unique offering of design, food and beverage culture and events. Sri Panwa at the top end is another, where Wan Issara and crew continue to attract chic travelers, while over the bridge Aleenta has set a magical stage for beachfront getaways. Gordon Oldham’s Pavilions in Layan, prove that off-beach can still equate to high rates, as does the Indigo Pearl in Nai Yang.

Certainly I could go on with other anecdotal offerings but there is the flipside, or more appropriately, the downside of the argument. Once you get into the mass offerings of the upscale, midscale and budget and economy segments the trend starts to fall off the rails.

At the forefront of the argument remains the distribution debate that chains can provide wider booking systems and access to a global marketplace. But the counter argument to this is that the island has increasingly seen a growing dependence on wholesale tours and online travel agencies such as Agoda, Expedia and so on in the leisure market, versus chain-generated business.

Taking the brand issue a step further would be to mention those hotel group loyalty programs by Hilton, Hyatt, IHG and ACCOR as a starting point, but the main benefactors that drive these brands are good corporate or urban settings, and at the end of the day, resorts are mainly used by loyalty cardholders who earn points on business trips and redeem them on vacations.

Still, travelers have to make a decision on what hotel to stay in, and in this case the recognition that draws them in. Yes, TripAdvisor has brought an entirely new dynamic to the exercise of booking and certainly authentic boutique properties are growing in preference, and yet the larger world brand still carries incredible weight in our daily lives, from consumer electronics, smartphones and fashion, to even our morning coffee.

When I look at Phuket by the numbers, I see financially adept developers gravitating toward chains, and as such the physical component of the offering is often more complete, as is location. Lending institutions for larger hotels tend to favor the use of brands which is often a strong motivator for owners.

One factor though that can be a major influence over success or failure remains being a project which has strong DNA and offers a product that stands out from the crowd. Branding is not always a guarantee of operating success and there are a number of undifferentiated chain-managed resorts which toil at the bottom of the food chain, lacking any distinct identity or sense of place.

To close this out, as Phuket moves toward a decided case of hotel oversupply, the battle between independents and chains is likely to become more magnified, and those who move into the winners circle need more than just a uniform sign and global affiliation, but in addition, excellent design, concept, and delivery elements.

All great meals come out of the kitchen so the starting point remains a longstanding indicator of success. Hotels are no different, even if they’d like to think they are.

By the Book: Tips on handling property transactions