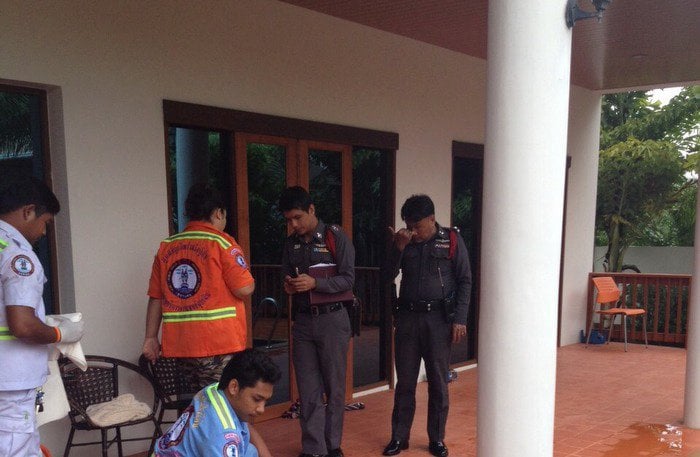 PHUKET: A Russian man was found dead near his swimming pool this morning after his friend discovered him unconscious in the water.

When police arrived at the house on Moo 2 in Rawai, they found Oleg Ten, 65, on the ground near the pool, confirmed Capt Patiwat Yodkwan of the Chalong Police.

“We found no signs of a struggle and believe that he had died at least two hours before his body was discovered,” said Capt Patiwat.

Mr Ten’s friend, who has not been named by police, reported that he discovered Mr Ten unconscious in the swimming pool and attempted cardiopulmonary resuscitation (CPR), but was unable to revive him.

The Russian Embassy has been informed and the body was taken to Vachira Phuket Hospital to determine the cause of death.