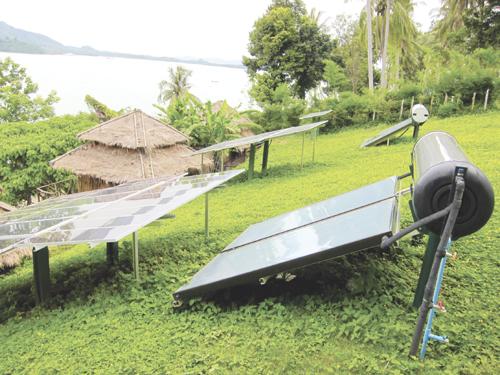 PHUKET: As I write this, I can imagine the strange look of astonishment on my editor’s face as this column arrives – one which is actually about property. Perhaps a virtual high five will be forthcoming. More likely a collective sigh of relief, which can be heard high above the din of rush hour traffic on Thepkassatri Road.

Worse yet would come sweaty palms, a fast heart beat and the inevitable rubbing of hand paddles that reminds you of those medical dramas. Shouts of “clear” just as one of Phuket’s electricity disruptions kicks in. The stress of island living can be deadly given the current state of urbanization.

Slowly but surely, we’re seeing property developers, and buyers, pushing the boundaries of Phuket proper and going over the fence.

Memories of the late, great Steve McQueen flick on in the mind’s eye with scenes from The Great Escape.

A few years ago, Gene McCain, who was one of the original development partners in the luxury Cape Yamu development, decided that he wanted to get back to basics. What was born is the Jindaran Beach Club and Resort on Coconut Island. For those of you not familiar with the location, the proper name of the island is Koh Maphrao, located just a few minutes offshore, on the east coast near Laem Hin.

What has become a three-phase development is located on a 14 rai site facing west and southwards to Phuket.

A total of 42 rustic cottages, which are suitable as holiday homes or residences, have been placed throughout the project, with sales reaching over 75 per cent.

Conceptually, the idea was to offer buyers options on sizes and add-ons, such as extra space and private pools, if they desired. So, a bit of a ‘buy what you need’ and if you didn’t need it, you saved money.

Again simplicity was at the core, with added on components clearly priced at the onset, not unlike ordering a sandwich at Subway.

Standard unit pricing for a basic model is under 2 million baht. Property management fees have been geared to be affordable, starting at 7,000 baht a month.

Owners have the option to live in their home, otherwise Gene provides a full service, resort-style program of facilities, which includes a restaurant and pool.

One of the challenges of Maphrao Island is the lack of an electricity connection to the mainland. Hence, the contained footprint of the cottages is able to use green technology, such as solar power for hot water. There is also a generator situated at the resort.

Transport back and forth is a fairly easy affair with a regular service boat transporting home owners and guests to the popular Laem Hin Pier.

Elsewhere on the island, Chris Gordon’s ‘The Village at Coconut Island’ has been a strong pioneering development, which has continued to evolve and grow.

Meanwhile, the owner of the upscale Burasari resort in Patong has a prime oceanfront plot on the north east tip, which they plan on developing into a luxury pool villa resort.

The conundrum of the lack of electricity infrastructure to an island that sits less than three kilometers from Phuket’s Provincial Hall continues to baffle many. For all of the economic prosperity of its neighbor, the government has continued to cast a blind eye to the East.

Once Jindarin is complete, Gene intends to move there full time, electing to raise his family in island bliss while his children commute to Phuket daily to attend school.

‘So near and yet so far away’ is the best adage that applies to this laid back lifestyle.

Another popular island real estate personality, Red Graham, has been enlisted to assist on property sales for the project.

If the island traffic starts to get to your head one of these days, a trip over to Coconut Island might be just what the doctor ordered.

If you see a hammock under a tree, you might just find Gene McCain.

Named Baan Mai Khao, the medium rise project, which sits on a 13.2 rai site, is situated between the Renaissance and Holiday Inn resorts.

While Sansiri has traditionally focused on inland properties, this marks the first time in Phuket they will target a large scale foreign market. The oceanfront site will command an average price of 120,000 baht per square meter.

Composed of nine buildings, these are configured into 3 storey and 5 storey blocks. Unit types kick off with one bedroom units at 60 square meters, and include two bedroom, duplex, 3 bedroom and penthouse units.

Unlike some of their previous Phuket offerings, these units have been upsized with a two bedroom unit ranging from 100 to 120 square meters.

Pricing points go from 7.3 million baht up to 35 mn baht.

According to market sources, Sansiri has a purchase option on additional land next to the site for future expansion.