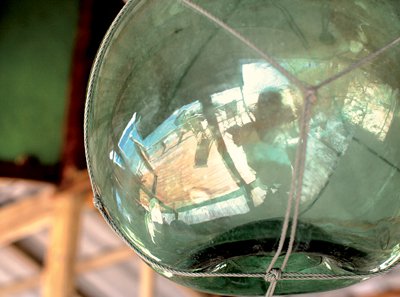 PHUKET: I remember sitting in a restaurant quite a few years ago with a brief flame who was knock-out-dead gorgeous. Without a doubt she was out of my league.

Chit chat conversation was the rule of engagement here, but suddenly I found myself surrounded by a wall of silence as this was a decade before the iPhone and the age of the instant pictorial, immortalizing every dish on the menu, which these days has to be posted on to Facebook for all the world to witness (as if anyone cares).

Back to our tale, and suddenly it occurred to me that my one and only, was checking out her hair in the shiny spoon’s reflection which she twirled deftly on the tips of her aqua toned fingernails.

Have you ever stood on a crowded city street in any metropolis in the world next to one of those tall, mirrored glass windows and checked out every manner of person who walks by?

It’s amazing. From a mere glance, to even the mad man’s stop-and-stare – it’s urban theater.

Running a small business I often find myself competing with larger concerns having multiple offices and an army of employees.

My company only has a handful of staff, and at times I feel myself falling into a pitchman’s mesmerizing use of the grandiose “we”. On more than a few occasions the person being hounded will fire back “Who is we; I thought we were just hiring you?”

So how many are the proverbial “we”? Maybe the American forefathers who wrote the Constitution of the United States never imagined such a dilemma and had to answer just how many people were in the room when they authored the “We the people” line.

History may have been different if it was authored as “nine guys from the neighborhood had an idea to set up a country”. I guess these days we have the Tea Party for that.

This is now the longest possible lead-in to what is not intended as another “Best Of” list, but a glance into the shop front window of Phuket. A reflection of what Bill thinks.

There isn’t a soul in the office except me, so let’s start with things that were interesting in 2011 or what could cause a stir in 2012.

Lots of hotel openings in 2011 – more than can be written about. The freshest architecture has to be the Casa de la Flora boutique hotel in Khao Lak which is extraordinary and innovative.

Bedside reading continues to be a passion and Ensign Media’s Business Report Thailand together with Michael Earle’s Think Design magazines are both top quality publications.

Philanthropy continues to be on the rise, and no, I have no favorites here as doing good comes in small and big packages, be it the Soi Dog Foundation, Phuket Has Been Good To Us, and many more. All I can say is that this space should be more crowded whether it benefits kids, old folks, sea turtles, eliminating plastic bags or whatever floats your boat.

It’s a new year, so get off the couch and whether you have some spare time, extra cash or a cause, get stuck into it and see where the journey leads.

Beach clubs look set to rule the island roost and might be 2011’s big story. Whether more is better or not, the future will have to tell.

Better island eating remains an object of desire and Rawai’s Delish Café with simply awesome food and value is a prime example of what’s going right these days.

Turning to the horizon, I’ve got my eye on the opening of The Naka design resort, Xana Beach Club at Angsana, Regent Sri Panwa (finally), the launch of The Yamu’s hospitality led residential villas, and maybe a string of international banks opening branches on the island.

Of course these are just the thoughts of one guy in an office without a spoon, alone on a rainy public holiday somewhere on Phuket.

Phuket Property: Scribing the way to a clear handover