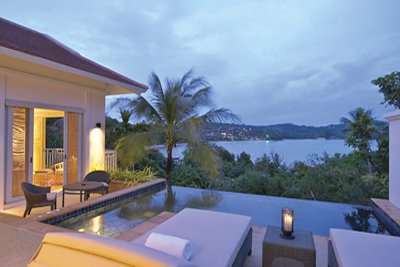 PHUKET: After an absence of two and a half years, Regent Hotels & Resorts is setting its sights on finding three properties to manage in Bangkok, Chiang Mai and Hua Hin.

The company currently manages a property in Phuket which is expected to open in December. Regent Phuket Cape Panwa offers 105 rooms and expects to keep 50 per cent of them occupied in the first year of operation.

President Ralf Ohletz said “That it was hard for the company to play a bigger role in the Kingdom because market competition had become more intense and prime locations, especially in Bangkok, were even more difficult to secure. Its expansion plan will go step by step when the right time comes.”

The company is looking for 30 more properties worldwide to manage, up from the seven it has at present.

Half of these properties are in Asia, including Thailand, China and South Korea.

The firm is scouting opportunities in the Asian region, especially in Myanmar, to follow the implementation of the Asean Economic Community in 2015.

The Regent Hotel chain disappeared from Thailand after Four Seasons Hotel bought it from Grand Formosa International Corporation, based in Taipei.

With 132 hotels open in Asia today, and signed and approved deals in the pipeline now totaling an additional 143 properties, the company expects to grow to at least 265 hotels by 2016, with more than 80,000 rooms in 16 countries.

Simon Cooper, Marriott International’s president and managing director in Asia, said the company was delighted with its growth in the region and believed it was a great testament to the popularity of its brands.

The company expects to launch new brands in the region soon, with the introduction of Fairfield by Marriott in India next year and its Edition brand in Bangkok in 2014.

The company witnessed the doubling of membership in Marriott Rewards, its award-winning loyalty programme, in Asia last year. Marriott Rewards grew to more than a million members in China alone, a country that continues to lead the company’s Asia growth. With 127 open and signed hotels in China, the company expects to open on average of one hotel per month there for the next five years.

In India, 23 hotels with Marriott International’s brands are under construction and the company is likely to grow from 15 hotels to more than 50 in the next few years.

Across Asia, the company signed 13 new hotel deals in August alone. These include a luxury Bulgari hotel in Shanghai, Courtyard by Marriott Amritsar, a Marriott in Hengyang in China’s Hunan province, and a Renaissance hotel in Xuzhou, Jiangsu province.

Marriott already has a significant market presence in the key Chinese cities of Beijing, Shanghai and Hong Kong. The company is now entering emerging primary and secondary cities across China and further enriching its portfolio through the addition of more resorts.

Marriott International expects to have hotels in 24 of the 34 provinces, municipalities, autonomous regions and special administrative regions in China by 2016.