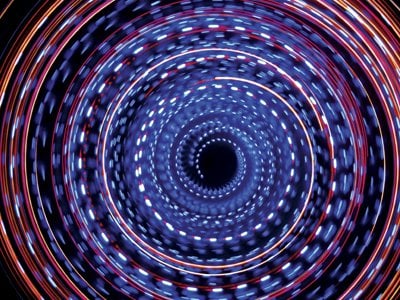 PHUKET: I’m in the midst of Sunday Bloody Sunday. Yes, the day journey to the crux has left me on the virtual edge of the cliff. There is no turning back. Is this jig up?

Mastering the art of confusion takes practice. Jumping onto the turntable of life just keeps you returning back to the start all over again.

This morning started out innocently enough.

The cover story of the International Herald Tribune is about (alleged) looting of China by El Supremo Wen Jiabo. It’s an incredible research piece and a prime example of quality investigative journalism. Remember that? It’s a bit like the return of a long lost uncle who went missing in the Amazon, or else ended up in rehab.

When they come back from the dead, there is a slight feeling of deja vu and memories of a place forgotten. Dust off the cobwebs and the hard cold light of day almost gives you shivers.

Some familiar names show up in the piece, including investors in greater Phuket. New World’s Henry Cheng and Richard Li’s big daddy Li Ka-Shing. Indeed family ties bind all the way from Beijing to Hong Kong.

Now the s*** has really hit the fan. Tech savvy goons in high places have blocked access to the New York Times and it’s on-line content. Did he? Didn’t he? It’s all too much as an infomercial on comrades in arms is beamed in and Thailand’s Panda Channel is in the pocket as Plan B.

Of course the lines between heads of state and enterprise have blurred the world over. Lest we forget that near-to-our-heart story of a hard working Thai police Lieutenant Colonel who rose to control a telecommunication empire and eventually rule the country.

It seems anything is possible when you double down on politics and business. Is it acumen, luck, hard work or just plain corruption, nepotism and greed? Far be it from me to say; readers will need to make their own judgment. Just jump on the revolving platter of life and away we go, and whoa here we come back again…

Last week the spin-doctors were in full operating gear with the announcement of a two-day ultra party at Surin Beach. Paris Hilton appeared at a press conference in Bangkok (Remember Paris? She’s yesterday’s version of Kim Kardashian), backing Sydictive Element’s bash, which is supposed to cater to up to 50,000 people.

Do the math and the entire proposition seems to be over the top. The organizers have only lately been scuttling to secure hotel rooms in the area. Come on guys, I have a good Rolodex, and trying to get a room at New Year’s Eve-time with little more than two months away seems to be sheer lunacy.

Typically events of this scale take one or two years in the planning, but now the rush is on for a last minute hail Mary. Apparently, they’re rounding up international music acts, which include LMFAO, Bassment Jaxx, and Ken Ishii. Throw in a floating stage and the plot starts to get thicker than day old khao tom.

According to media reports, certain parties such as the Governor’s office and the Tourism Authority of Thailand (TAT) know about the event but someone forgot to tell the local Cherng Talay OrBorTor, who administrate the area. Considering hotel room event arrangements are just being made now, and most resorts have had their New Year’s Eve functions planned for many months, this entire event has locals scratching their heads and asking, “Is this real, imagined or just a last minute scramble to the finish line?”

Yet, the Sydictive spin has continued with pictures of Paris giving us a wai, and staggering estimates of expected attendees, which leapfrog stories about busing in visitors from Mai Khao. Perhaps someone told them that Phuket actually did have a mega conference center way up north.

My mind is busting just trying to figure out how this thing will work. Or won’t. Apparently the TAT is embarking on yet another ‘Amazing’ theme… though some rather unflattering taglines come to mind.

But yet, as we’ve learned in the strange but true stories of political and business success, which are joined at the hip, anything is indeed possible.

Personally, I certainly hope so, for Phuket’s sake.

I mean, Jesus was way out in front creating the world in just six days and turned up for a chill out session on Sunday. Which, is exactly where we came in. Just jump on board and spin, spin, spin away.

Phuket Property: Sansiri to build the Base Uptown