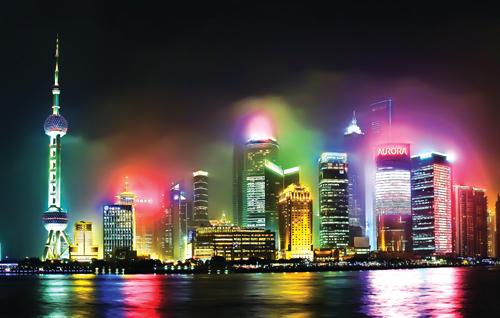 According to the latest Jones Lang LaSalle capital markets research, transaction volumes in the region have also increased quarter on quarter, topping US$32.6 billion in the second quarter of 2013, up 21% on the previous quarter.

The growth was predominantly driven by the region’s largest markets with Japan, Australia and China all experiencing strong deal flow throughout the quarter.

In Australia, continued demand from both offshore and domestic institutional investors and pension funds lifted transaction volumes to US$7.3 billion in Q2 2013 and US10.5 billion in H1 2013, up 27% from the first half of last year. Transaction growth in local currency terms was even higher as the Australian Dollar depreciated against the US Dollar by 13% from the 2013 high.

“Capital from around the region continues to show a bias towards core assets; however we are seeing some evidence of a shift towards more opportunistic investment. At the same time, government policy continues to have both positive and negative effects on deal flow, with stimulatory and cooling measures introduced this year.

“Investors are also developing their views around the Federal Reserve’s intention to taper asset purchases, which some believe may happen as soon as the third quarter this year. Longer dated bond yields across a number of Asian markets have moved higher following the announcement, highlighting concerns around the direction of global interest rates.”

“We are seeing the results of increased allocations to direct real estate by large global sovereign and pension fund investors. Large US, Canadian and Middle Eastern investors have returned to the region and, together with active Asian high net worth and pension funds, are creating strong demand for assets across the region.

“Japan and Australia, remain particularly active and, given a robust pipeline for the remainder of 2013, will maintain our forecast for transaction volumes to reach US$110 billion by the end of 2013, which is slightly below the record of US$120 billion in 2007.”

Country Focus
Investment activity in other Asia Pacific markets was mixed as government cooling measures in Singapore and Hong Kong took effect. While quarter on quarter (q-o-q) volumes were down in a number of markets across the region, overall growth over the half year was positive compared to the first half of 2012, maintaining a positive outlook for the remainder of 2013.

Thailand
In Thailand, despite a smaller market, transaction volumes grew more than 95% in H1 2013, compared to the same period in 2012.

China
China bounced back strongly from a slower first quarter, to end Q2 2013 up 65% q-o-q at US$6 billion. On a half yearly basis, investment activity has recovered from the slow H2 2012, up 97% to US$9.6 billion in H1 2013, matching the first half of 2012. Foreign investors, including inter-regional buyers, continue to develop their China strategies with a number of large deals completed during the quarter serving to push cross-border transaction volumes in H1 2013 up 29% on H1 2012.

Hong Kong
Hong Kong’s restrictive cooling measures, specifically the doubling of stamp duty on commercial transactions, have started to impact deal flow with transaction volumes down 53% q-o-q and 49% year on year. The number of cross-border deals fell by 71% in H1 2013, compared to H1 2012. Existing activity is being supported by corporates looking to occupy space with healthy investor interest for new developments in emerging office market locations.

Singapore
Singapore saw its investment activity grow 11% on the first quarter of 2013 to US$2.3 billion and, over the half year, up 15% on H1 2012. While investor interest remains healthy, differing market outlooks between buyers and vendors has led to some disparity in price expectations. A number of large deals in the pipeline should support transaction volumes for the remainder of the year.

South Korea
Investor sentiment remained mixed in South Korea as a result of recent economic uncertainty. Transaction volumes in H1 2013 were up 34% on the first half of 2012 but down 48% on H2 2012 with overall activity predominantly driven by a handful of larger deals.

Indonesia
Indonesia continues to draw interest from foreign investors looking to develop their emerging market strategies, with strong growth potential and solid economic prospects presenting a positive investment case. Investment to date has been dominated by domestic groups as limited stock and opportunities, coupled with strong domestic competition have made it difficult for foreign buyers to enter.

Keep checking our online Phuket Property pages, join our Facebook fan page or follow us on Twitter @PhuketGazette for the latest local and national property updates.