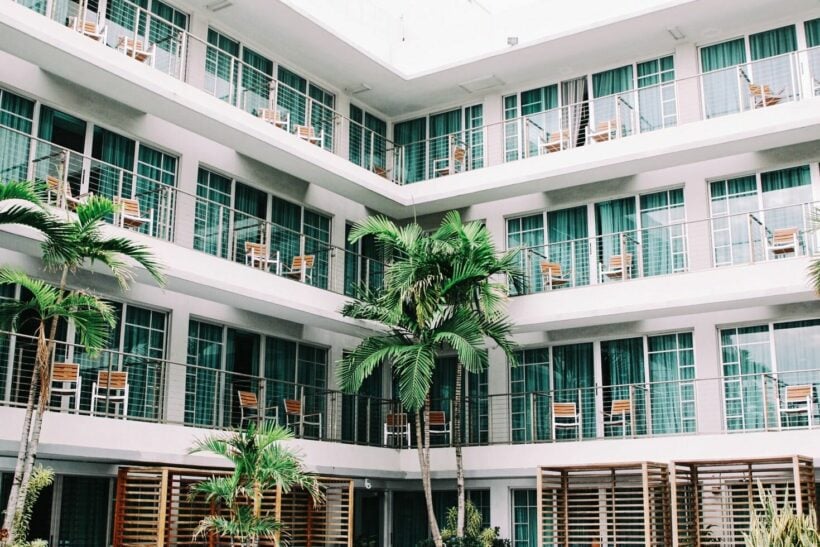 Hoteliers say they were unable to turn a profit in February, as average occupancy remained below 30% | Photo via Unsplash

A majority of hotels in Thailand are in the red, following the relaunch of the Test & Go program earlier this year. The bleak outlook for Thailand’s hotel industry follows nearly 2 years of little, or no, patronage with only a select few able to take advantage of the limited travellers coming through the turnstiles.

According to a survey of 127 hotels by the Thai Hotels Association and the Bank of Thailand, 65% of hoteliers say they were unable to turn a profit in February, as average occupancy remained below 30%.

The president of the Thai Hotels Association said that 3/4 of the 12 hotels surveyed expected a 30% vacancy rate, which would have been enough to break even, but only 37% of them achieved the needed occupancy.

“Even though the Test & Go scheme has resumed, local tourists were still the majority of our customers. Almost half of hoteliers who took the survey said international guests made up less than 10% of their bookings.”

The THA is requesting that the government to extend the 90% reduction in land and construction tax for hotels until 2023, to help alleviate some of the burdens caused by unreliable revenue.

In January, the average occupancy rate climbed marginally to 34% from 32%, mainly as a result of the fourth stage of the We Travel Together hotel program and the relaunched Test & Go program for travellers, according to the index, which was conducted between February 11 and 23 (the rebooted Test & Go program was started again on February 1).

With the exception of hotels in the North and Northeast, the employment rate for hotel staff has already dropped to less than 60% as the post-peak season (i.e. rainy season) approaches.

Meanwhile, 43% of hotels are having trouble finding qualified employees. The majority of hotels are choosing not to hire new full time employees in favour of part-time staff, while keeping current salaries capped.

AdvocatusDiaboli
On 3/7/2022 at 3:20 PM, Thaiger said: A majority of hotels in Thailand are in the red, following the relaunch of the Test & Go program earlier tis year, the Bangkok Post reported. All bar those in Phuket that had…

Soidog
On 3/7/2022 at 10:13 PM, Alavan said: In Europe covid didn’t keep the people from working, with the exception of those in the nightlife, party and hotels/restaurants. Most people did their office work from home. They want to give more…

AdvocatusDiaboli
5 minutes ago, Soidog said: For nearly two years they haven’t been going out to bars and restaurants. Because the Bars and Restaurants haven’t been open to entertain anyone … Legally at least … Bet the Department that is counting…

Soidog
1 minute ago, AdvocatusDiaboli said: Because the Bars and Restaurants haven’t been open to entertain anyone Yes, that was my point. In most European countries all forms of entertainment were essentially closed or people decided to stay home and stay…

Travelling to Thailand in 2022? Here’s all you need to know from March